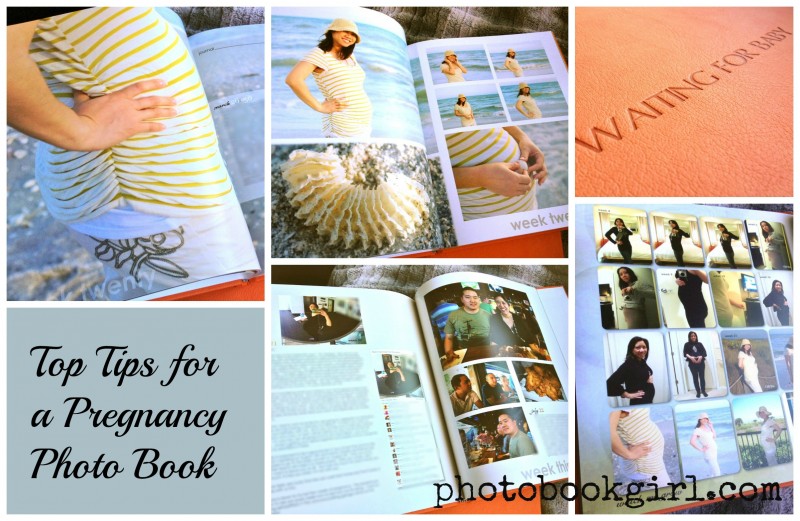 Becoming a first time mother and experiencing the changes throughout my nine months of pregnancy was one of the most memorable times of my life. I knew that I wanted to document it, so I kept a journal and wrote about all that comes with carrying “the bump”.

I also collected belly photos and pics from our baby shower, as well as snapshots from everyday life to gather the components of my pregnancy photo book. About a year after Photo Book Baby’s birth, I finally had time to lay out my book.

Even after it was done, I actually held onto it for quite some time as I wanted to make sure it was the way I envisioned it before sending it to print. Some font changes and sizing changes later, I finally used a Groupon I had from Photobook America for its pro series and I couldn’t think of a better topic on which to use the voucher. Here’s some shots of my maternity masterpiece!

I opted for the matching leather slipcover for my book. I love the debossed letters. I went for an Hermes-like orange color. Very chic – don’t you think? 🙂 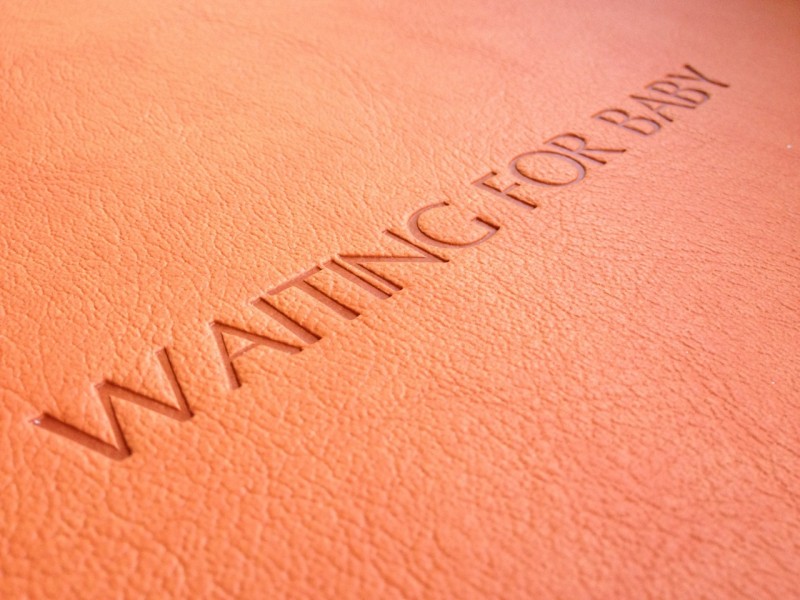 The debossing comes on both the cover of the slipcover as well as the book. 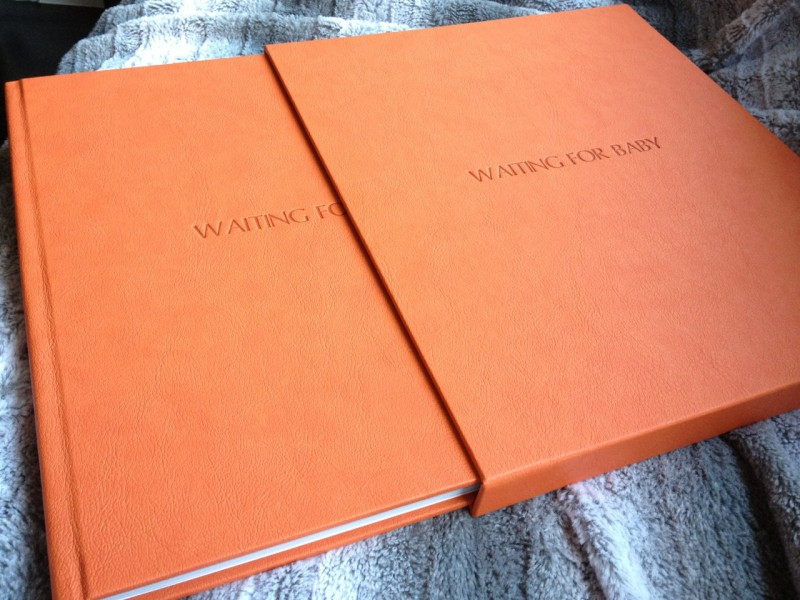 I thought I was going to take more belly photos than I actually ended up taking. I mean after all, I’m Photo Book Girl! But time really flies when you’re pregnant, so I’m happy to have the photos we took. Some of the best shots we snapped were on a short babymoon trip to Sanibel Island at week 21 when I enlisted daddy-to-be to take these shots of me and the bump. We took these during the golden hour (at sunset when the lighting is warm and doesn’t cast harsh shadows. If you want to read more about how to catch the golden hour check out this post.) 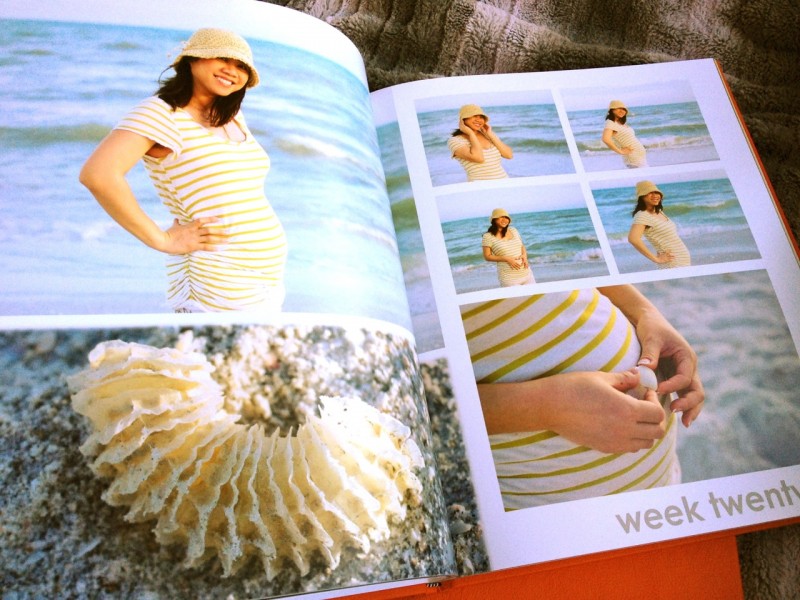 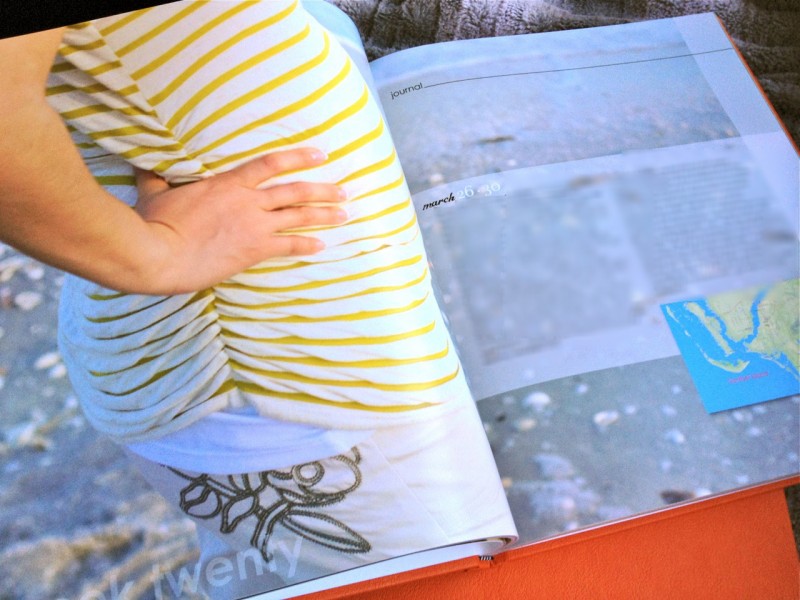 I also took screenshots of my Facebook posts. Here’s one just a couple weeks prior to delivery. 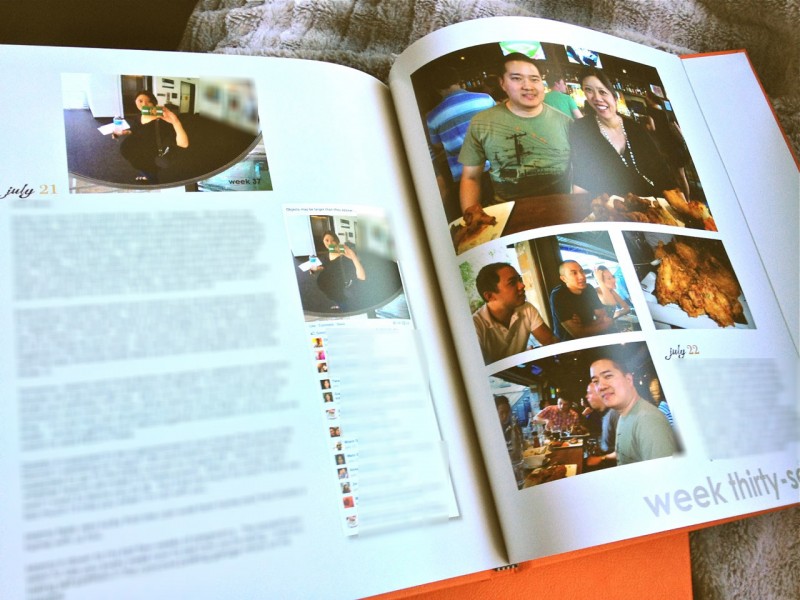 And here’s the one where I told all of you – my awesome Facebook fans about becoming Photo Book Mom! I received so many lovely well wishes and tips about how to document a new baby with photos. 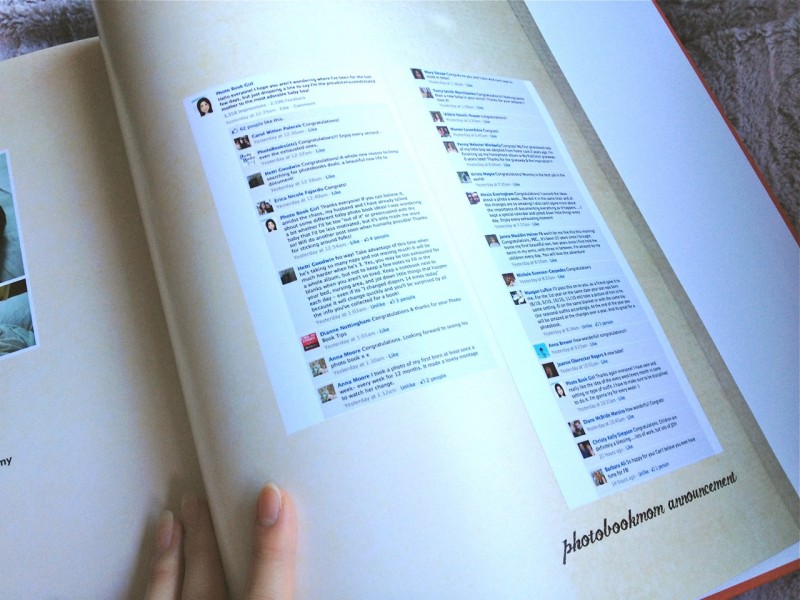 Then of course I had to create a two-page spread of just belly bump photos. I captioned each with the week and the weight I was at the time of each photo.  (I wouldn’t say that I had any specific baby-induced cravings, but I did eat more ice cream than usual!) 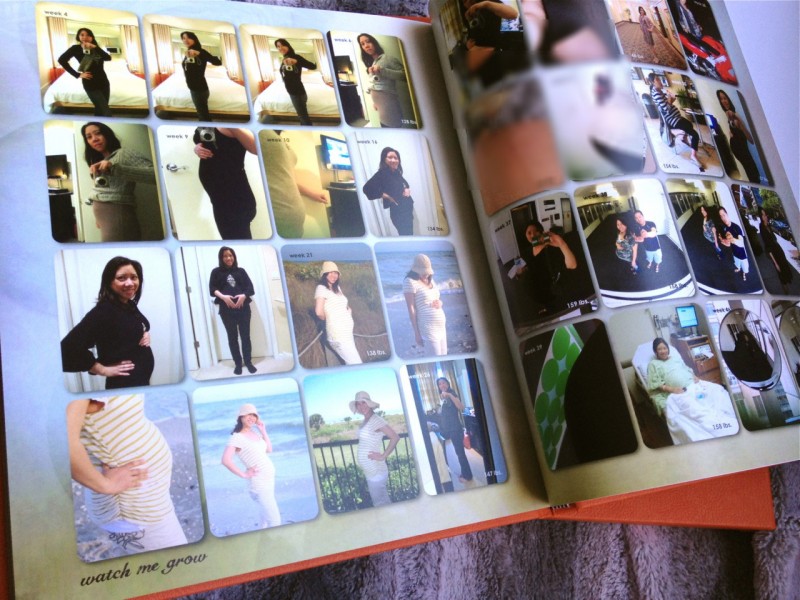 This book officially ends with the birth of Photo Book Baby. He’s already had so many photo books made in his honor, but this one is just for mommy! 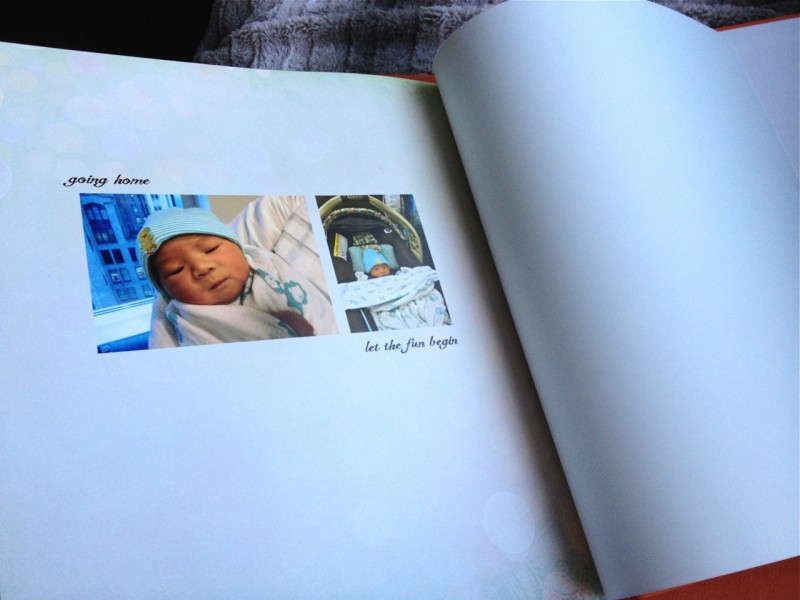 What to Include in Your Pregnancy Photo Book

1) Belly photos
Weekly shots can be a lot fit into a busy schedule, so at least aim for monthly shots if you can. It’s helpful if you can enlist hubby or a friend, but a tripod and wireless shutter release can work well too. You can keep a similar plain background to highlight the progression, but if that’s too much work, just take a photo whenever you remember. If you already have little ones, it would be lovely to include them in some belly shots as well;

2) Journal
What really helped me put my book together was to sit down and write about what I was feeling, new things I was experiencing and all the important pregnancy milestones such as telling our families, getting our ultrasounds etc.  To make it more of a fun thing and not a chore, I just wrote when I felt like it. So while some months I may only have had a couple entries, I tried to catch up writing about what happened since the last entry so I feel like I didn’t miss anything. Some weeks I only took photos and they weren’t all about being pregnant – I wrote about birthday parties, trips etc. If you’re not the journaling type, a visual journal with photos works fine too;

3) Ultrasound photos
I scanned all the printouts from my ultrasounds for my book and captioned them with the information we gleaned from them. We were lucky to have some 3D ultrasound shots as well;

4) Baby shower photos
Make sure to enlist someone to take lots of photos of your shower. If you can swing it, get a professional photographer. If you get a pro, see if you can add on a maternity shoot for some special photos of you and daddy-to-be. This would also make an awesome gift for an expectant mother!

5) Cards and Facebook screenshots
You’re bound to get some congratulatory cards and messages from your friends and family on Facebook – scan some of your favorite shower cards and capture a screenshot to add those Facebook messages to your photo book;

6) Baby registry
If you registered, perhaps include a the list of items you had on your wish list and who gave them to you;

7) Nursery shots
Some before and after shots of your baby’s nursery would be great to document along with a shot of your inspiration board. I had so much fun planning and shopping for Photo Book Baby’s nursery.

Hope that gives you some inspiration to make a pregnancy photo book of your own, or for a expecting friend or family member. If you’re short on time I did find several pregnancy themed photo books with layouts ready to go. I took some screenshots of them in the post I linked. Please share any tips you may have! Have you made a maternity photo book or contemplating one?