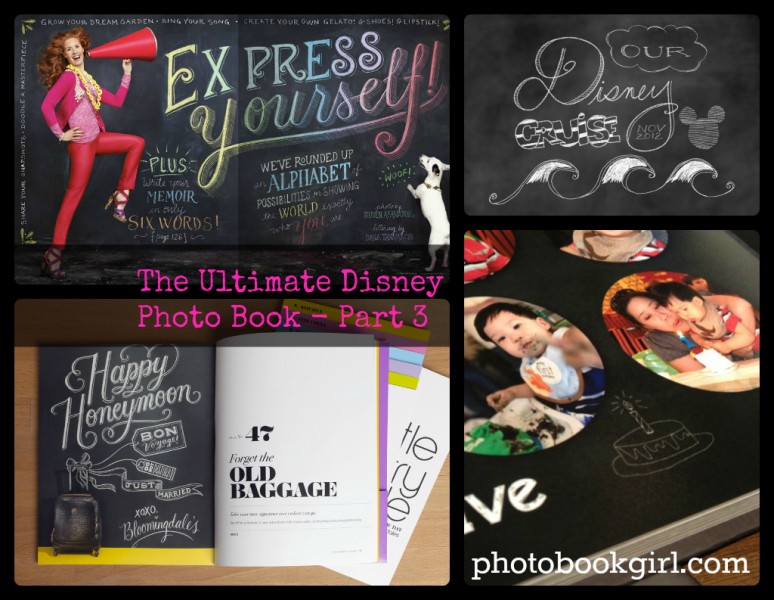 To see all my posts on all things Disney click here!

Hey Folks, did you think I forgot about my Disney photo book series? I actually didn’t but I was working quite a bit on preparing for my third anniversary which just passed and now that the giveaway is over, I can finally concentrate on my photo book projects again.

If you missed my series, you can catch up here:

Also, did you check out my featured guest post about how to find the best photo book deals at Baby Cheapskate? I was really excited when fellow blogger Angie invited me to post some tips for her readers there. I’ve been checking out her Facebook posts and I see why she has so many fans – she posts some great kids deals!

As you can see, I’ve been keeping busy. Ever since starting this blog, I have less time to actually make books! It’s kind of similar to the old adage, “the cobbler’s children have no shoes”. Ha ha… it’s not that bad, Photo Book Baby has a lot of photo books, but not as many as he would if his mommy weren’t working on her blog so much!

I also haven’t had much time to play with my Christmas gift from my husband – a Intuos5 Wacom tablet.

Isn’t it sleek? I think it’s out of my league artistically, but I endeavor to be worthy of it someday! I find it very comfortable and fairly easy to use. I just open up Adobe Photoshop and use my tablet and pen instead of my trackpad (I’m on an iMac). I’ve tried to draw with a mouse before and as you can imagine, it’s hard to get the control you’re used to. A pen feels much different than a mouse and it’s tons more precise. This relates to my Disney photo book as I’m kind of thinking of using the chalkboard backgrounds I created in some way in my Disney photo book. (By the way, I posted them on my site and you can download my chalkboard backgrounds for free here.) The chalkboard thing still seems to be going strong as a lot of folks have been downloading my freebies. Most recently, I found that another blogger with a craft and lifestyle blog – Atta Girl Amy had made a DIY bucket label with my chalkboard background. It’s so cool to see what folks do with stuff you put out there!

So far, I’ve made this chalkboard doodle for my Disney photo book. I’ve been asked before what settings I used to get this chalkboard writing effect. If you have Adobe Photoshop, I used the “Wet Media Brushes” set. “Paint on Rough Texture” 55 px at 100% hardness. I did vary the size to get different effects such as a finer point size to get more detail, but the brush is the same. I think it looks like chalk doesn’t it? 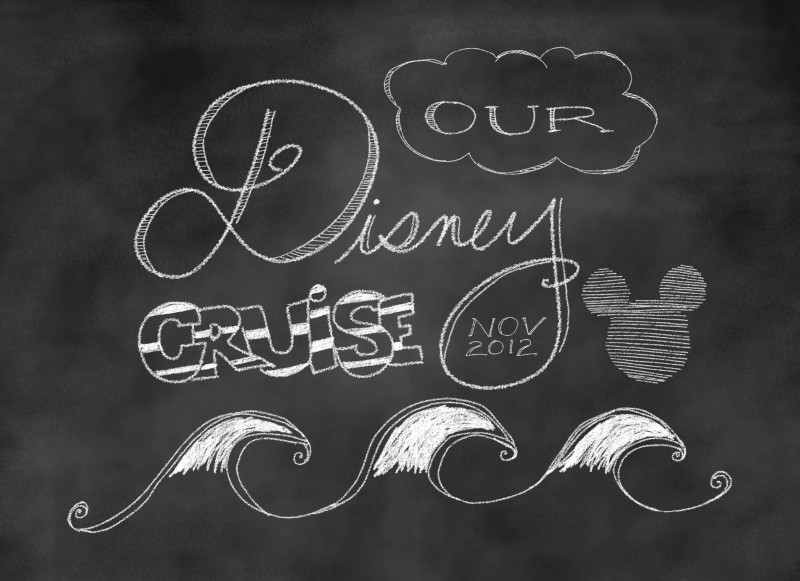 I used to do a lot of doodling while in class. It’s kind of weird looking at this cause it reminds me of junior high – ha ha, but I’m working at getting better. Now I would love to be as good as this amazing chalk artist in Brooklyn, New York – Dana Tanamachi but that would be quite a feat. I bow down before your chalkboard prowess Ms. Tanamachi! These four images below are all hers.

Her work is just amazing isn’t it? Below is a photo book I designed for Photo Book Baby’s first year, where I used my chalkboard backgrounds. It may be hard to see the chalkboard effect here, but it’s there! I used a chalkboard like font and used fun doodles like this mustache below. Scattered throughout the book were little hand drawn doodles I made to complement the chalkboard effect. 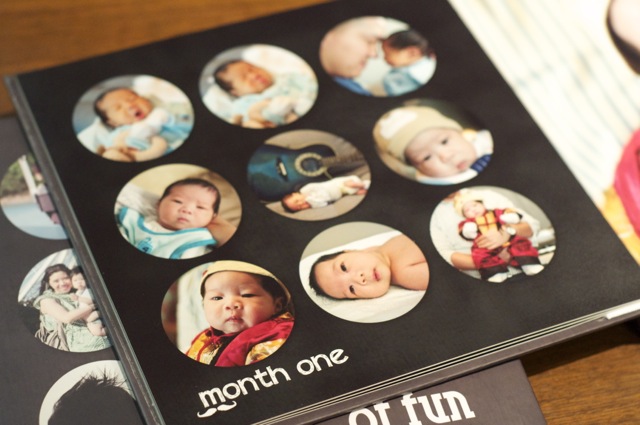 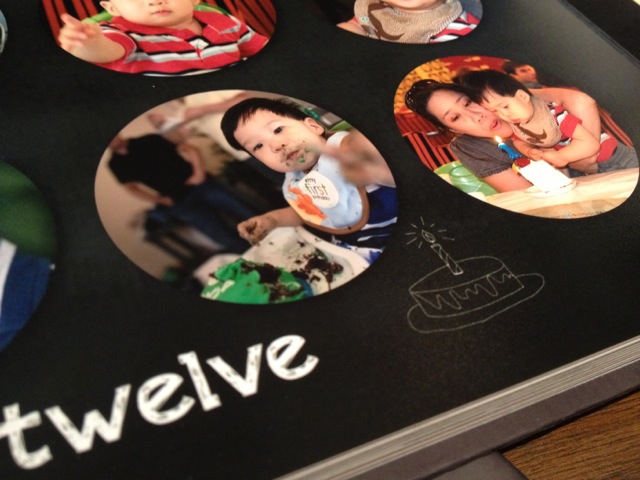 I guess this ended up being more about chalkboard doodling than Disney, but regardless of whether you’re making a Disney photo book or not, I hope this gives you a little photo book inspiration!