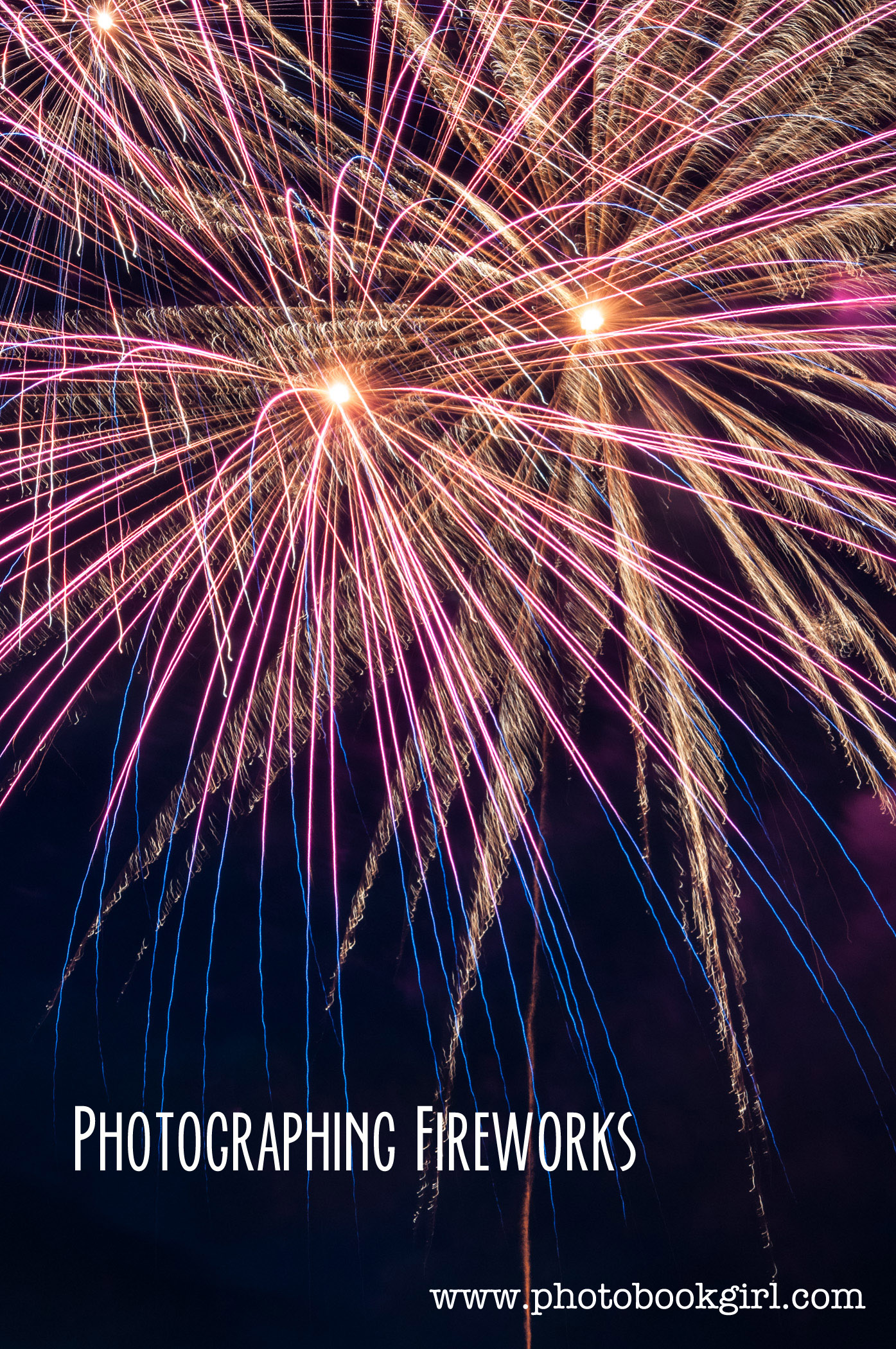 I set up my tripod, changed the settings on my DSLR and fished my remote shutters out of my bag. I was excited gearing up for my first Fourth of July fireworks in our new town. I missed the fireworks last year – I had a two week old baby in the house so I wasn’t going anywhere then. Then a sinking feeling as I realized both my remote shutters were not working. Granted the batteries were probably about 2 years old but I had used one of them just a few days earlier. I should have been alerted when the trigger seemed a bit slow but I thought my backup should work. Wrong. Equipment fail!

I wasn’t sure I was going to photograph the 4th fireworks this year, so I made a last minute decision and wasn’t quite prepared. I thought about running back home for a spare battery, but that seemed a bit too obsessive. It wasn’t a Walt Disney World pyrotechnic extravaganza I reminded myself. I decided I would just hold down the shutter button manually and consider this a test run for next year. After all, I wasn’t quite sure I had even set up in a good spot. What’s funny is the two people I did ask while walking into the park had never been to these fireworks before either, so I just followed the crowd and made a guess. Funnily enough I overheard someone say, “Hey let’s sit here. See there’s a photographer set up here so this must be a good spot.” I wanted to disclaim any knowledge of where to sit, lest I be held accountable for everyone facing the wrong way, but I wasn’t sure who had said it. Oh well. I joked with my parents about how people assume someone with a tripod and a camera other than an iPhone must know what they’re doing. Little did they know.

The anticipation was building, the minutes ticking by and the sky was darkening. I looked over at Photo Book Boy who was fidgeting next to me and was thankful he had found a new friend to play with while we all waited. Someone spots fireworks going off, but they’re in the far distance. When are our fireworks gonna start? Finally the first pops go off and the show begins!

By the way my gear: Nikon D90 with Nikkor 18-200mm f/3.5 – 5.6 lens and Velbon Ultra Lux i L III tripod. My camera was set on manual on the bulb setting to allow me to control how long my shutter would stay open by holding the shutter down and releasing it when I wanted the shutter to close. My settings: ISO 200, f/14, focus set to infinity. (Check out step by step details in my fireworks photography tutorial.)

Here’s some of my first shots of the show. I like how the sky is not quite black yet early on and is more of a dark violet. It’s a nice contrast from the pitch black background of later shots. 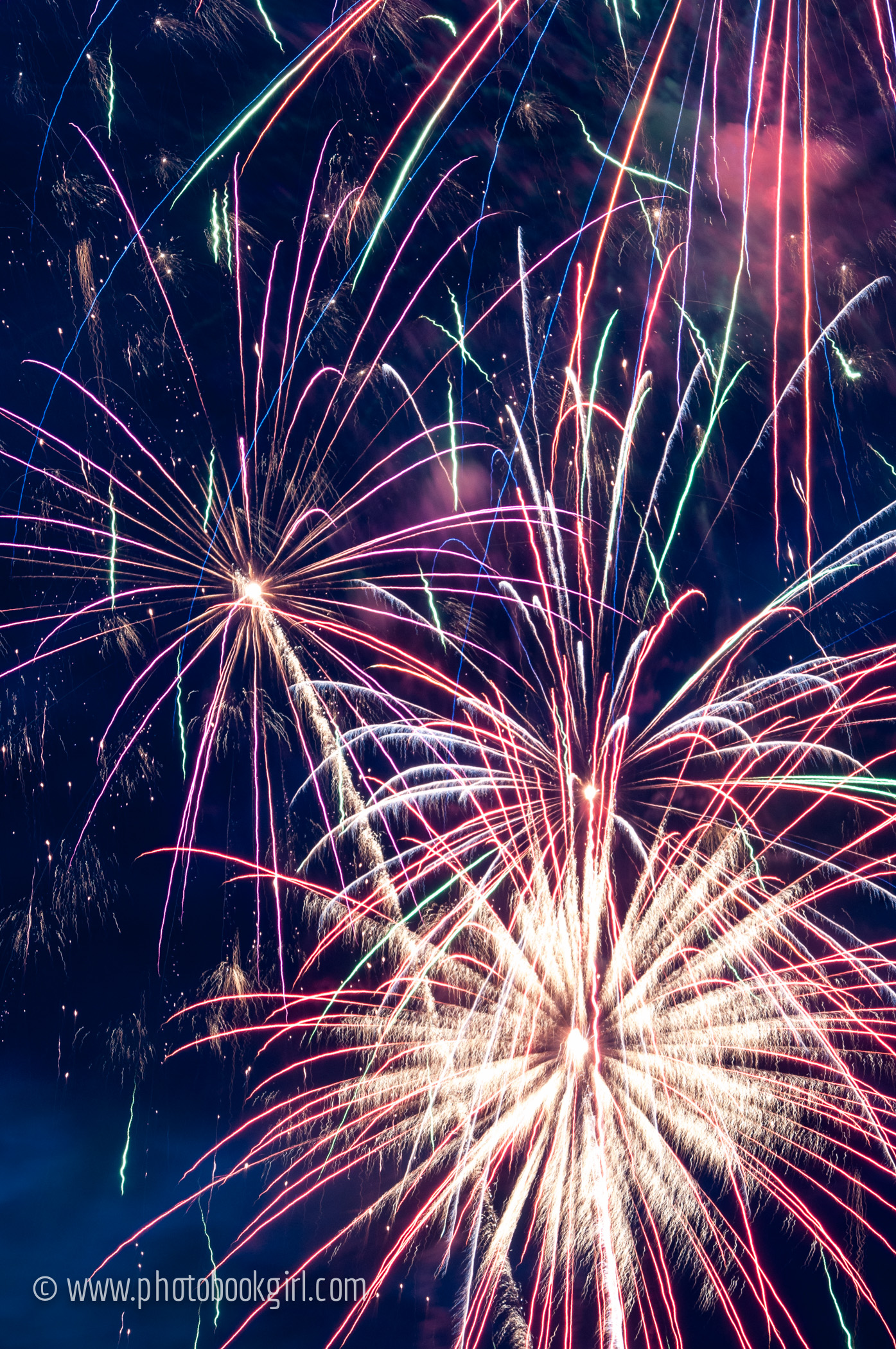 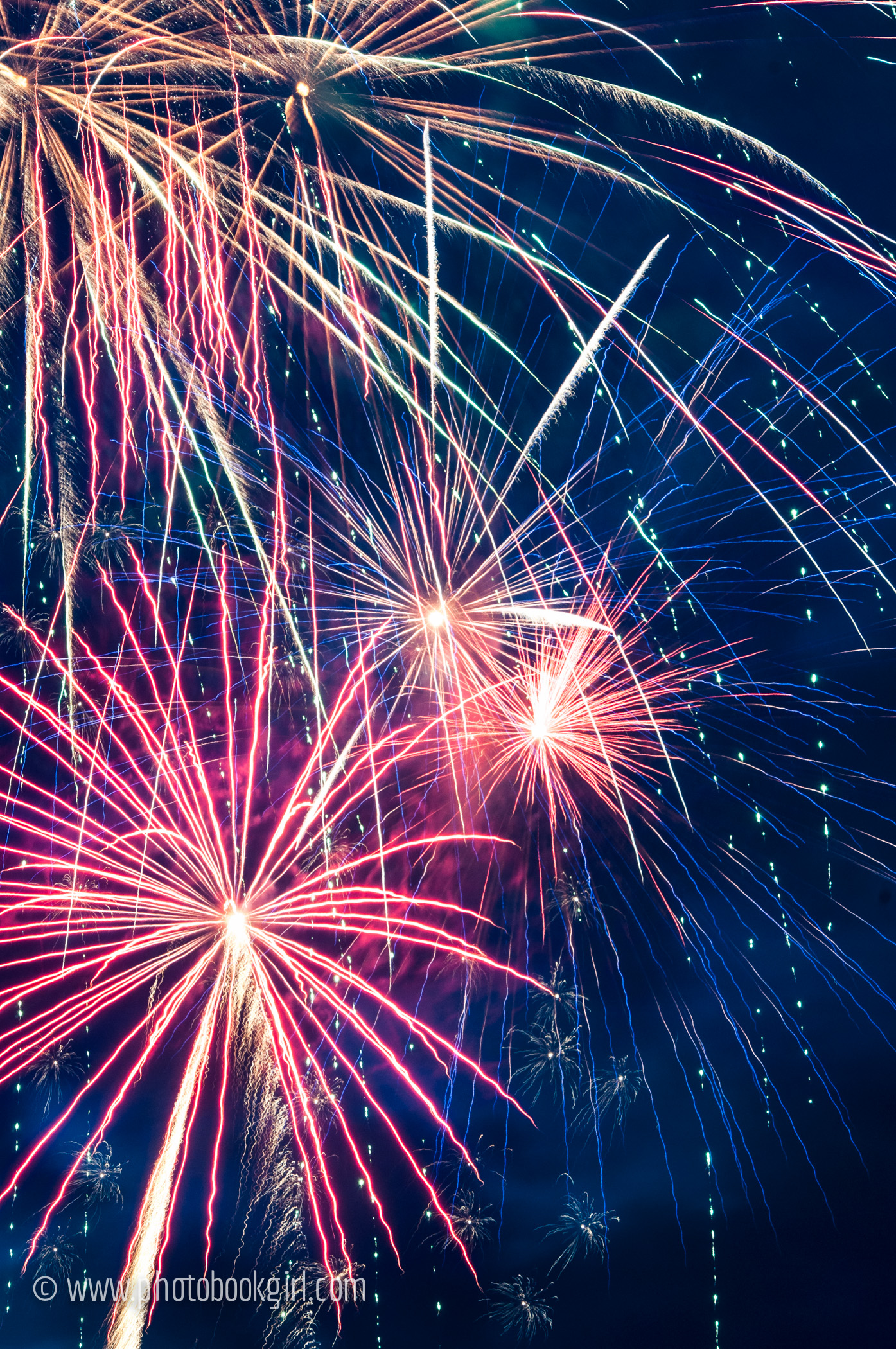 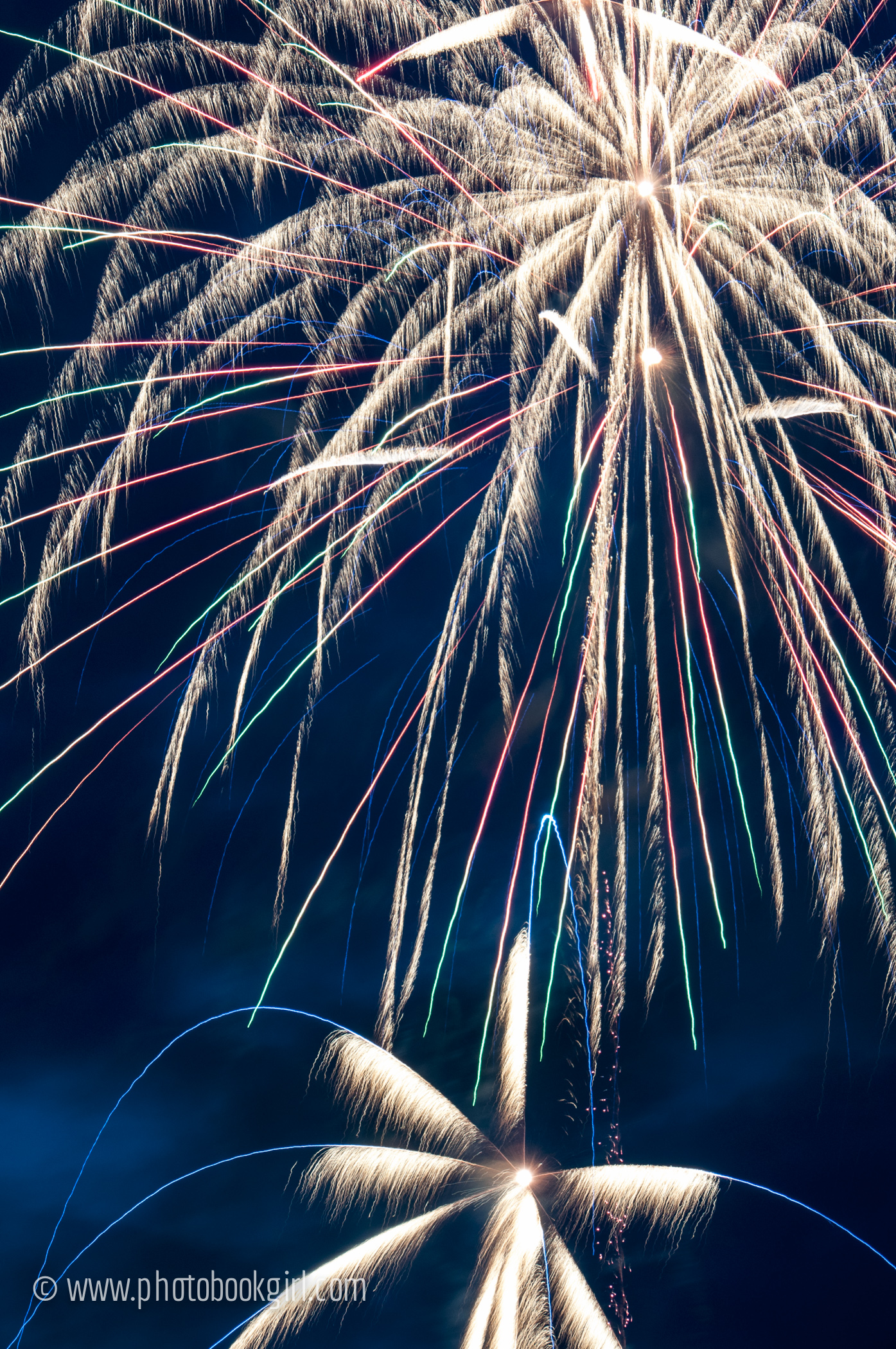 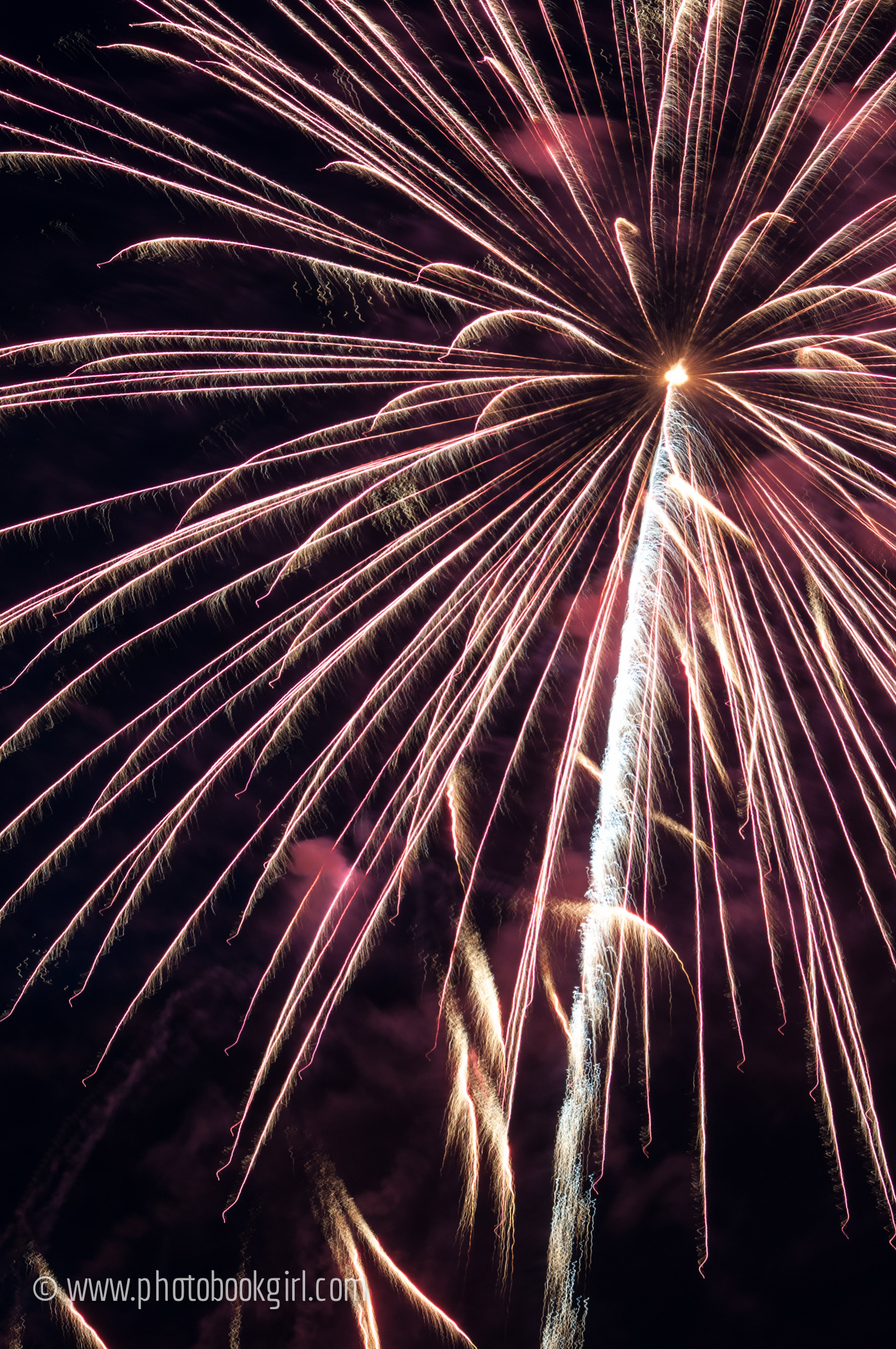 After I got into the swing of things, I started to try to vary my timing a bit. I started releasing the shutter after just a couple fireworks instead of holding the shutter open longer. Sometimes less is more! These next few are all about red, white and blue… 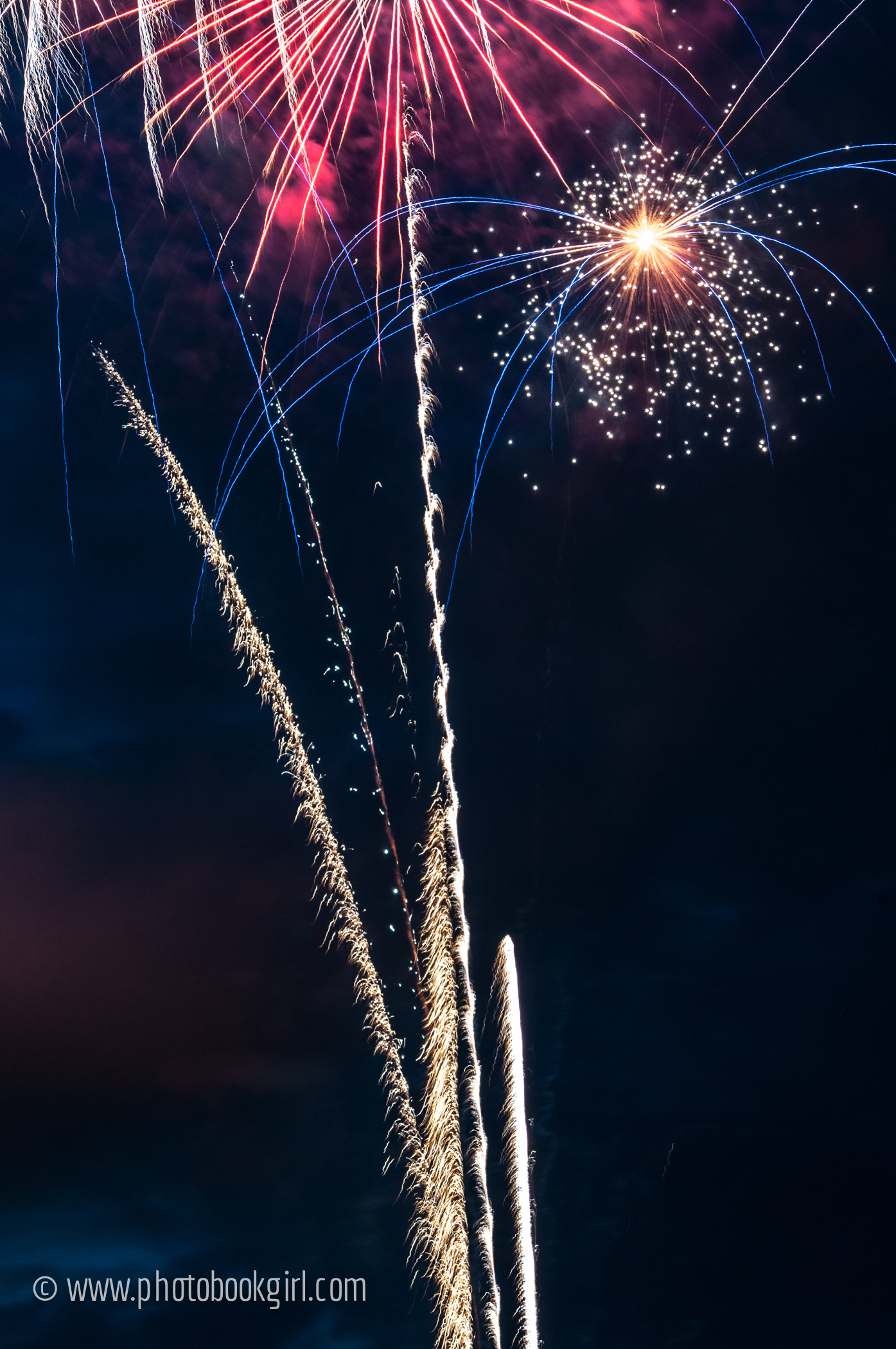 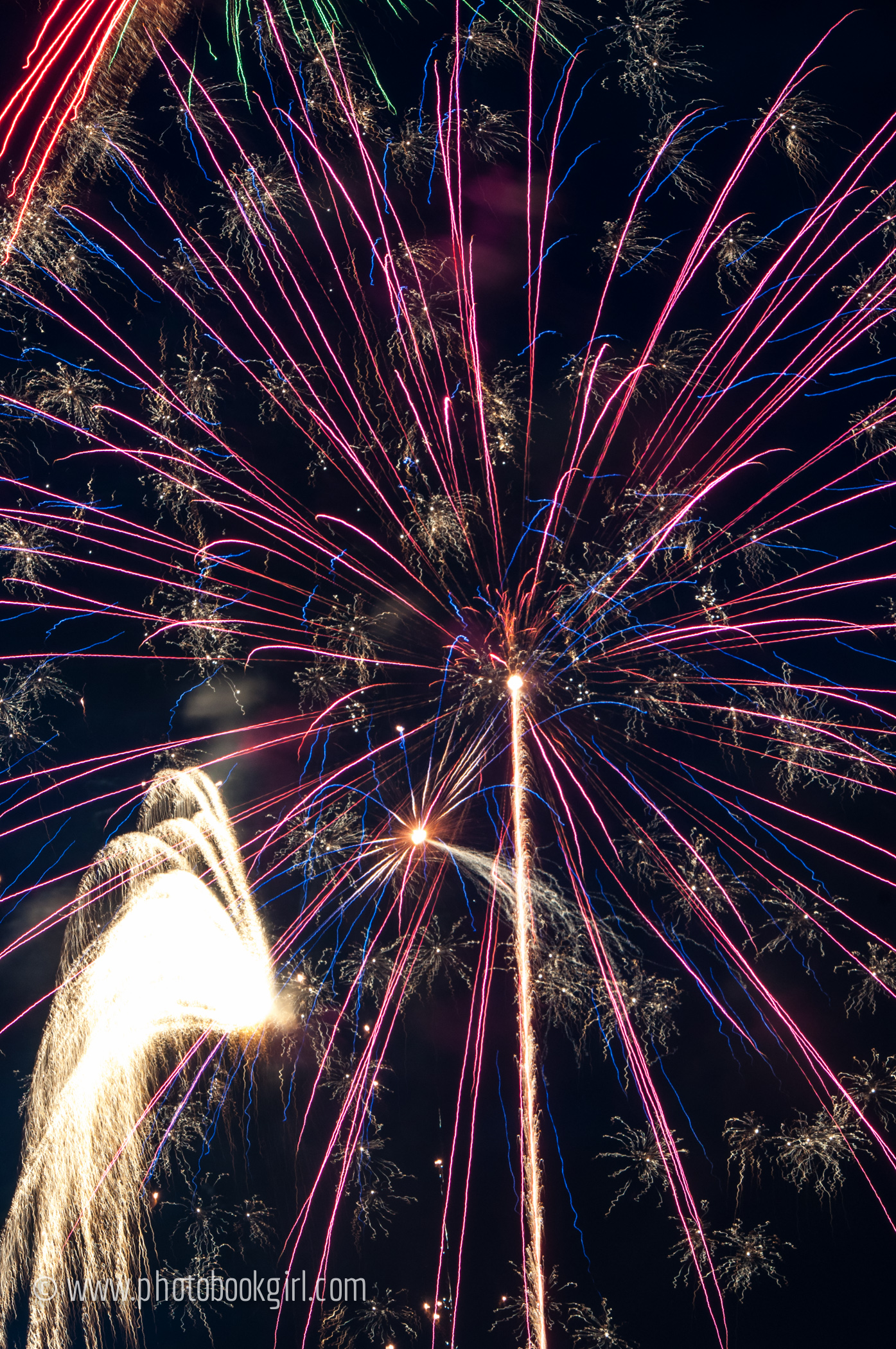 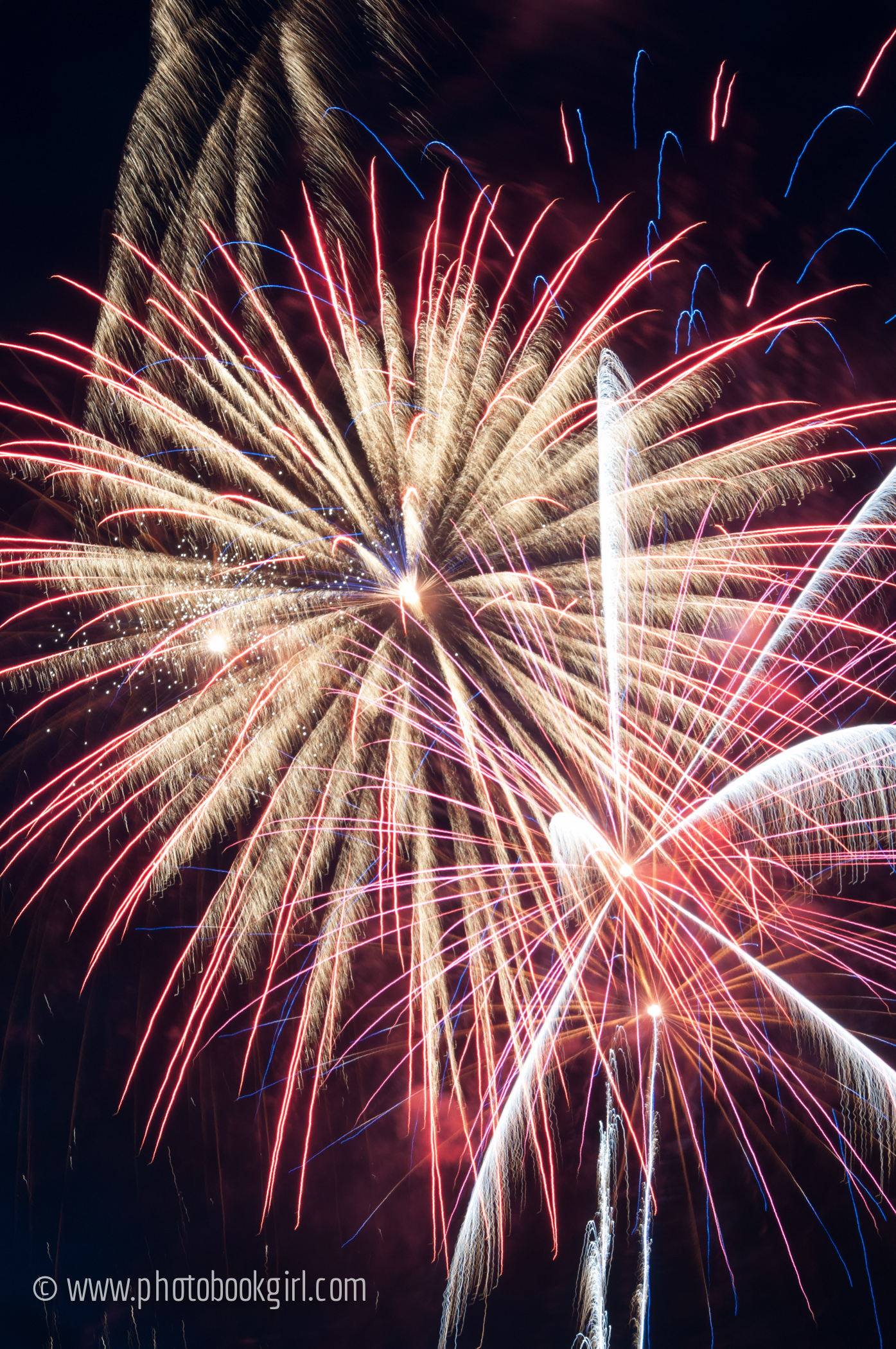 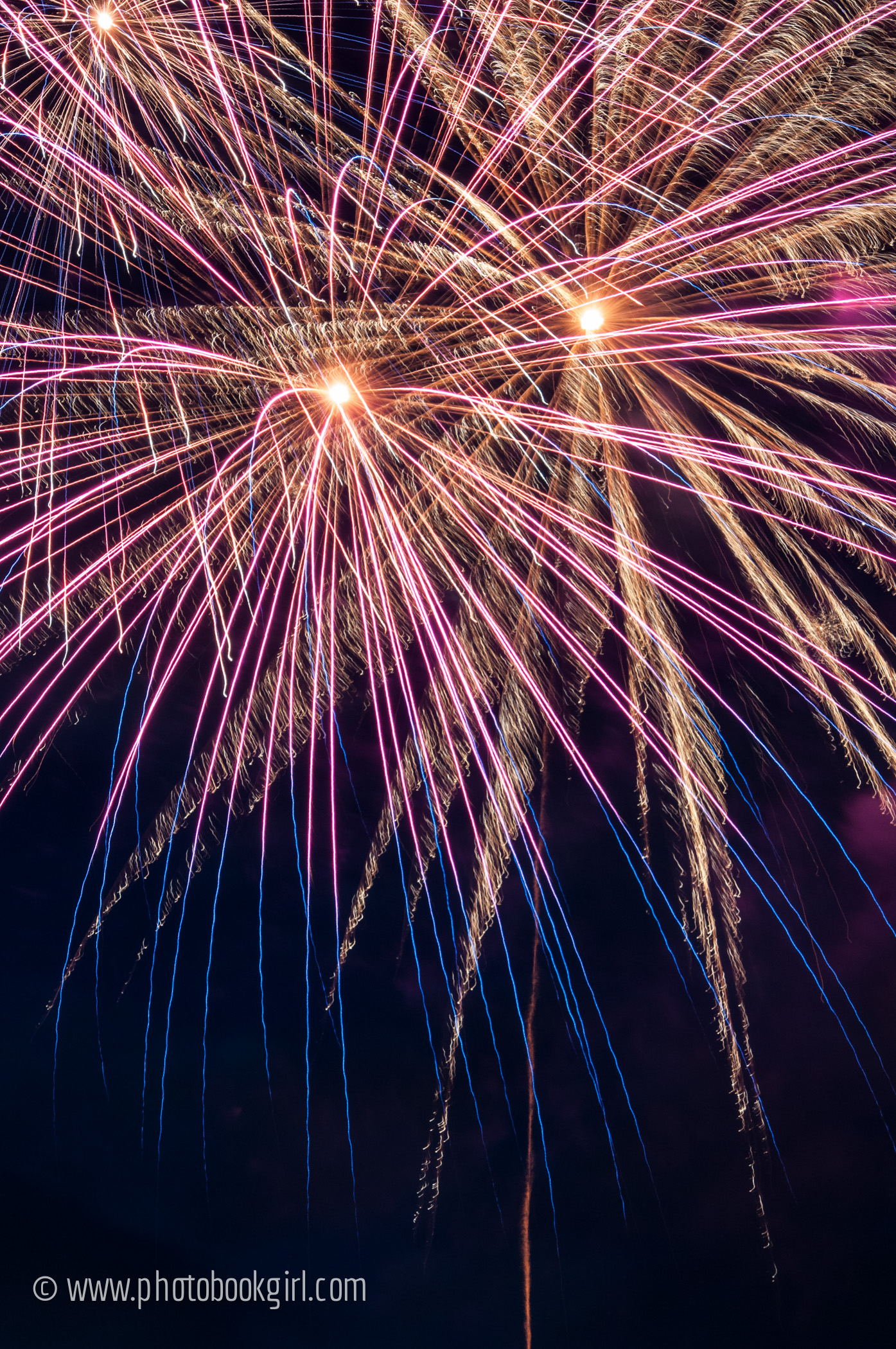 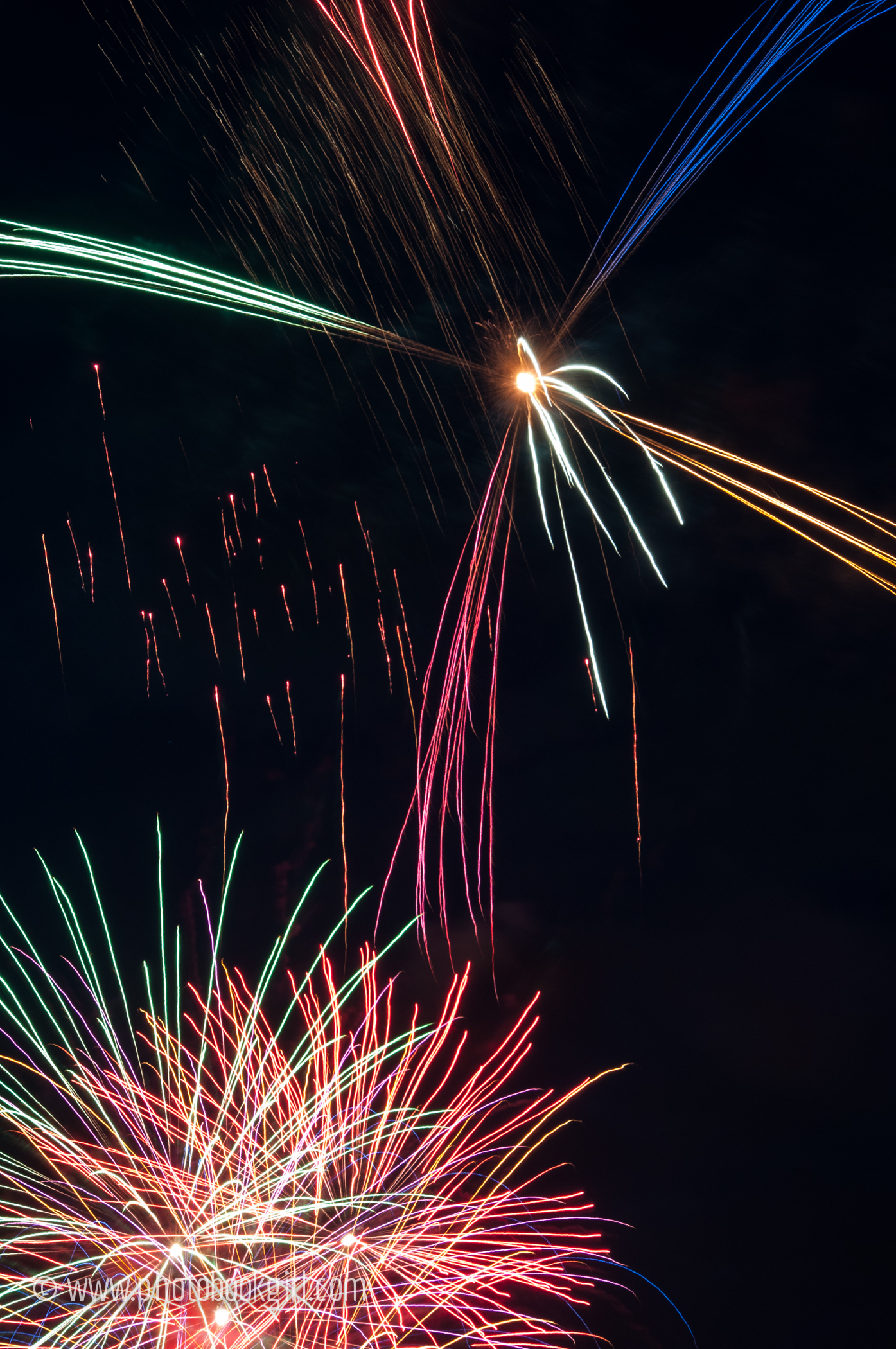 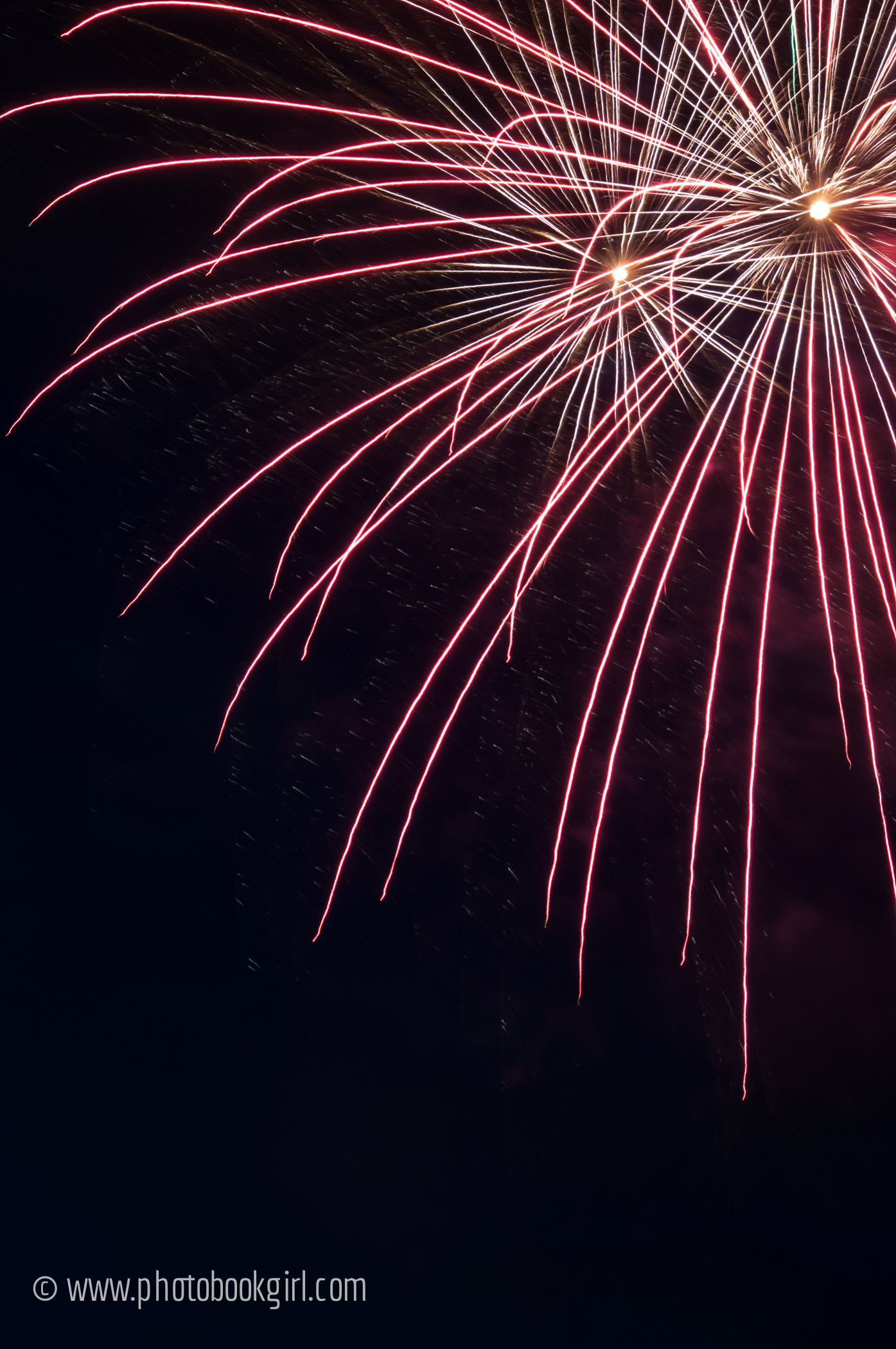 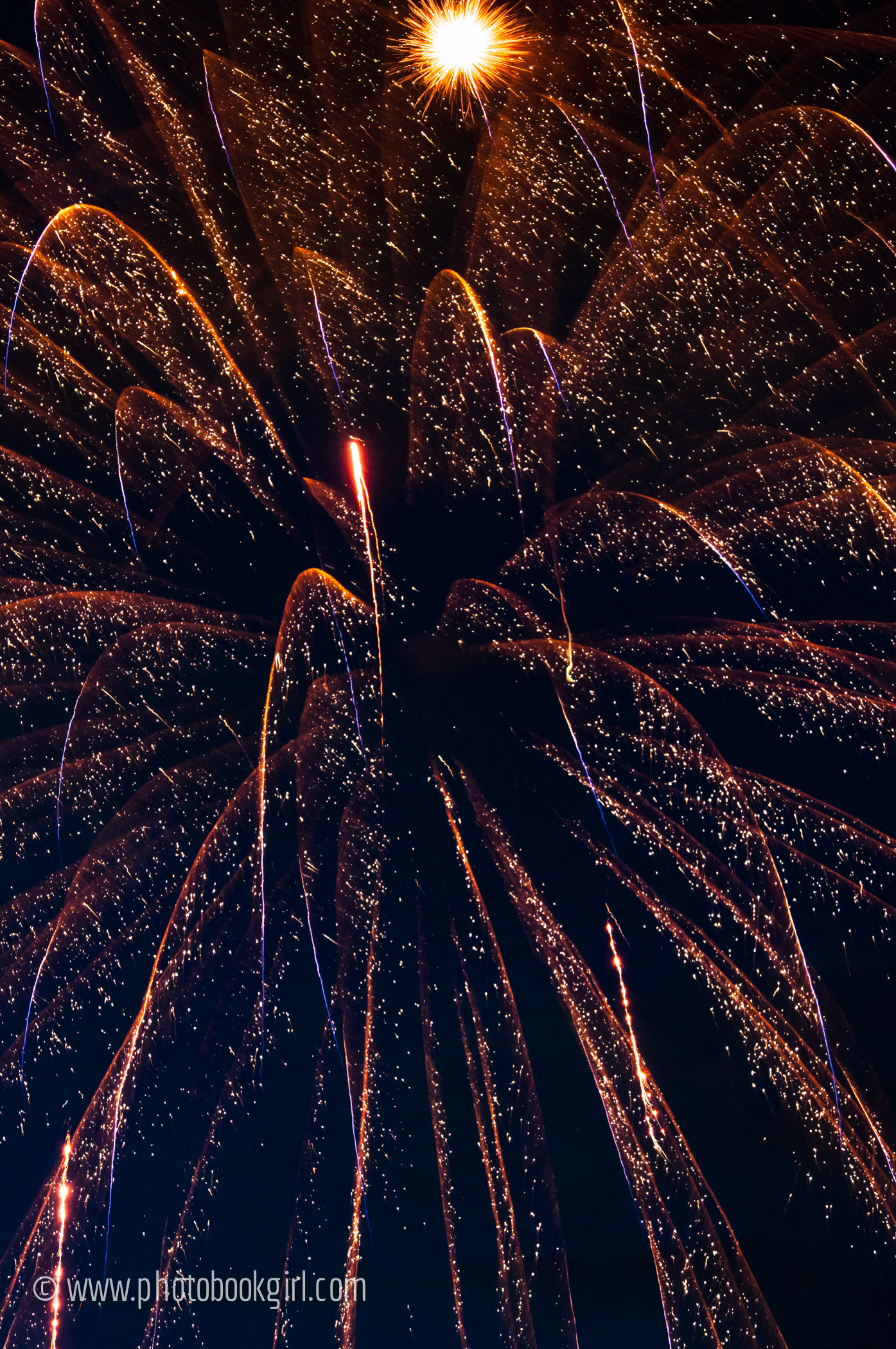 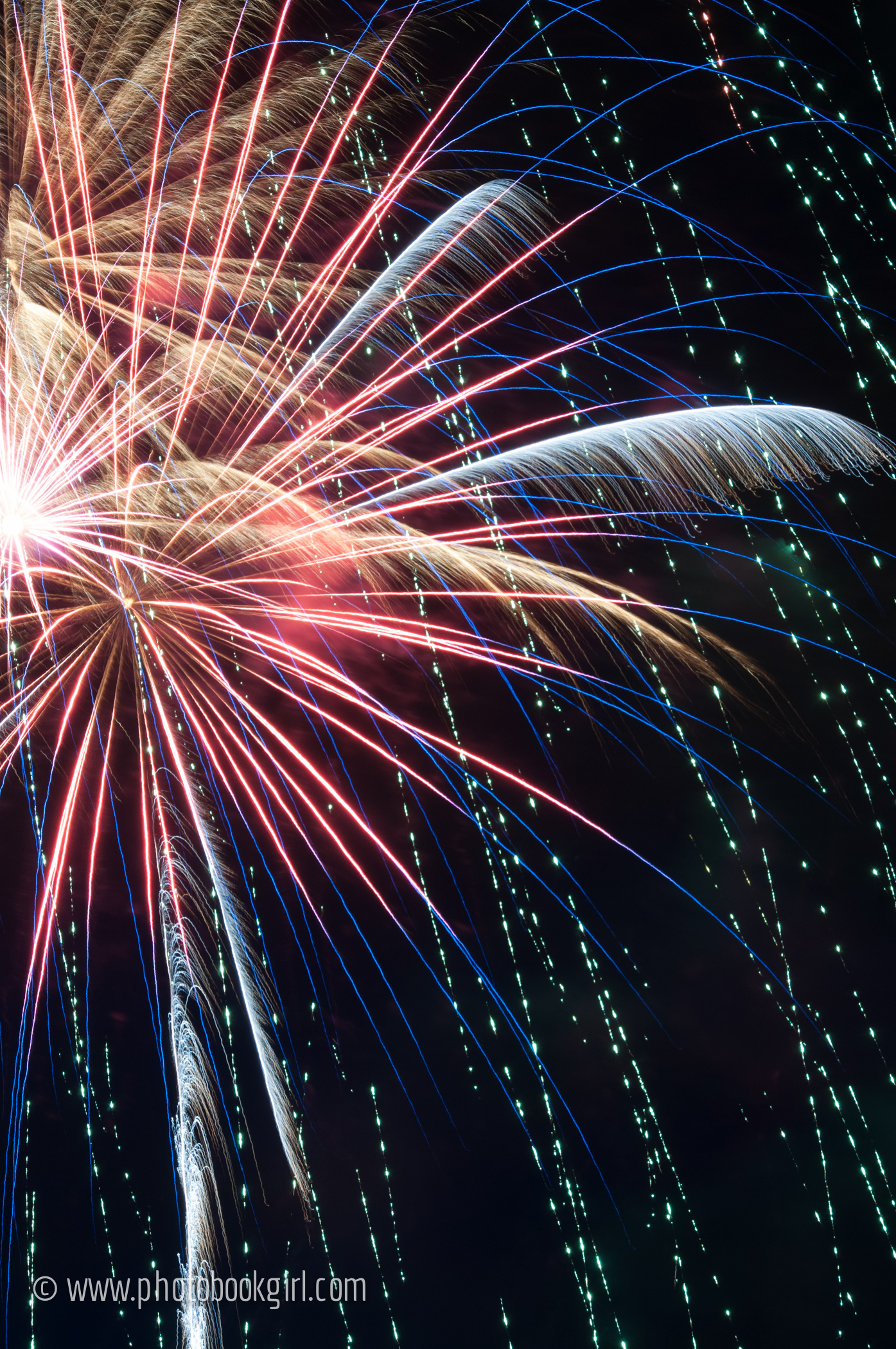 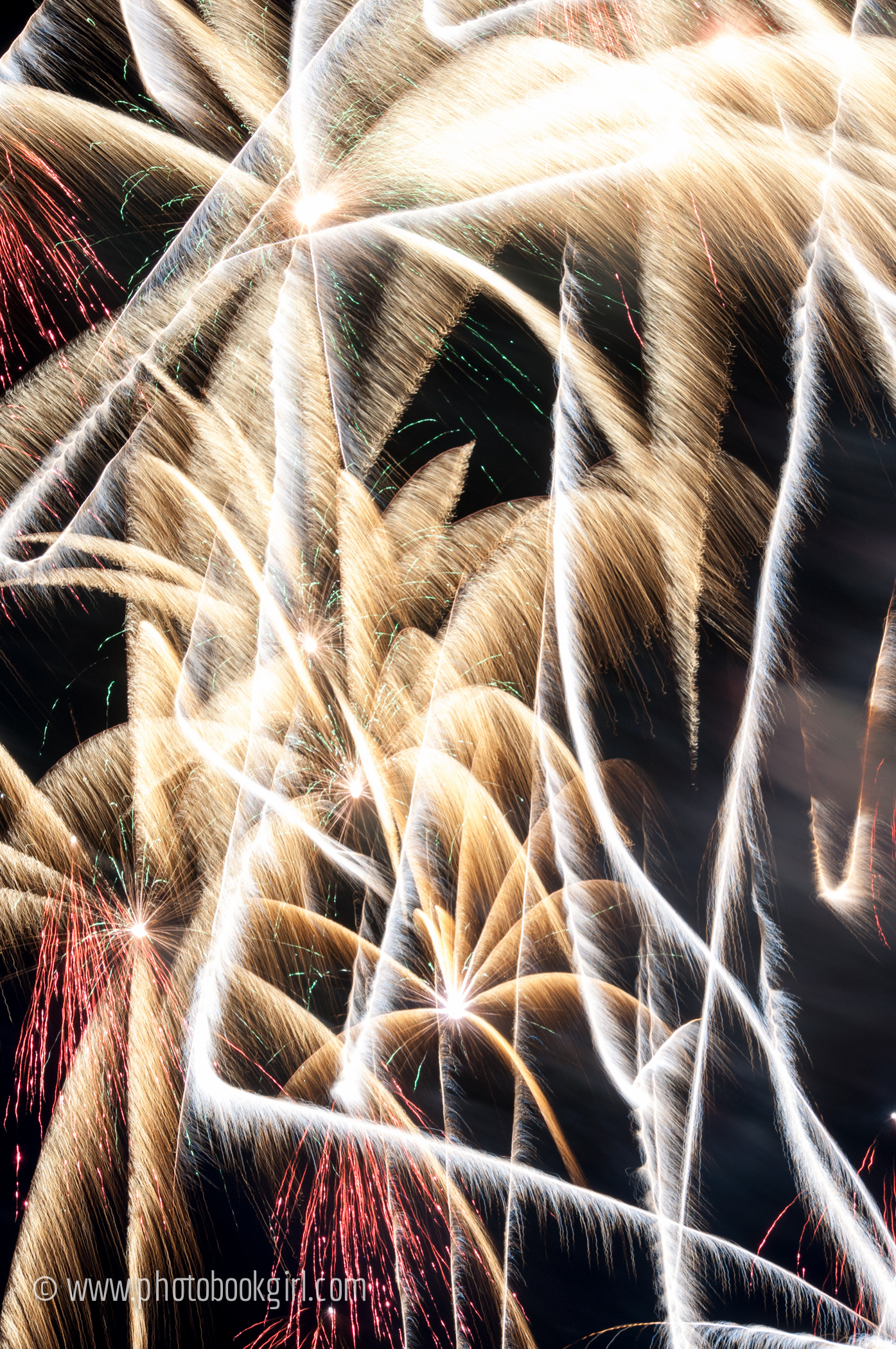 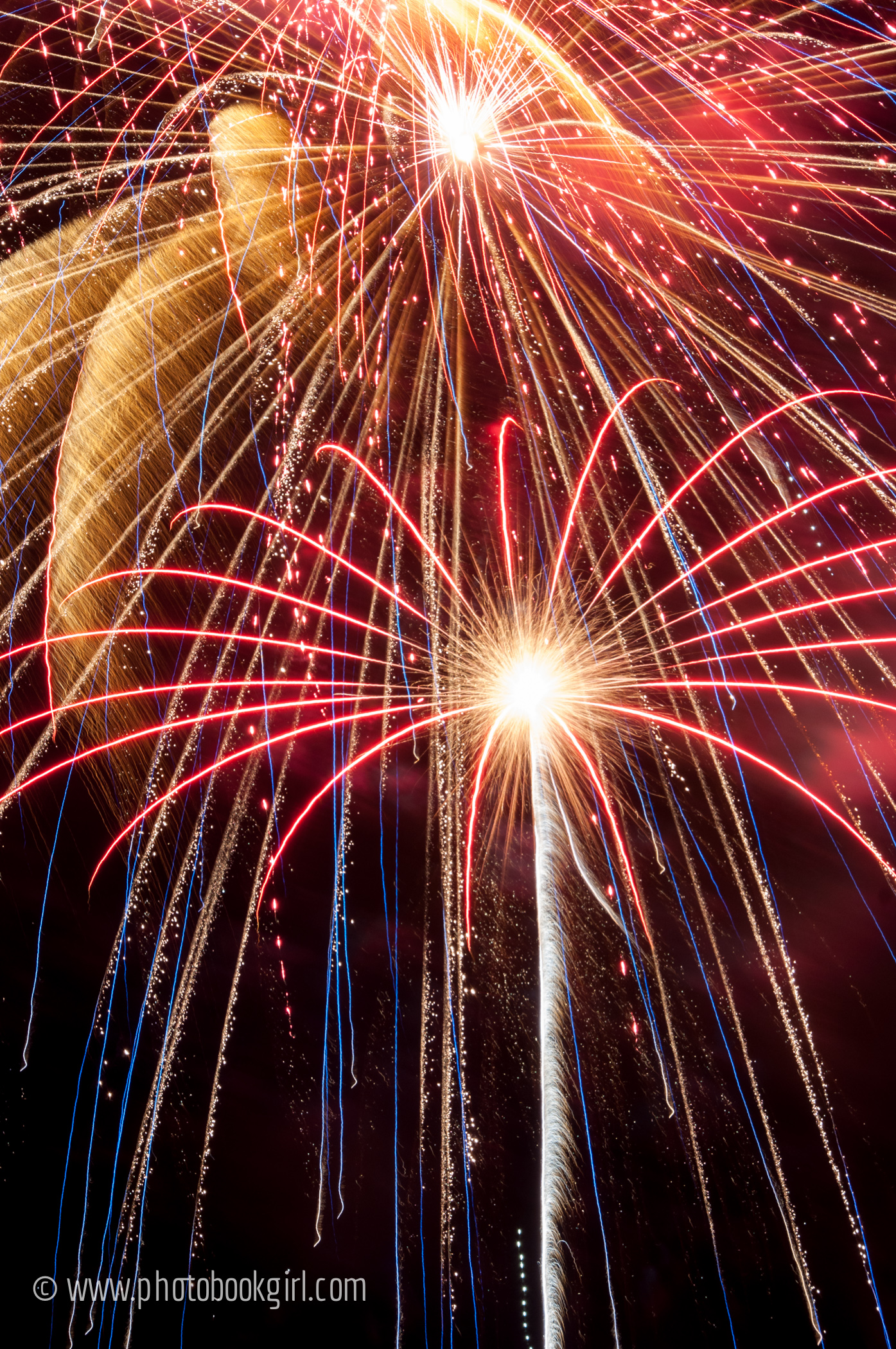 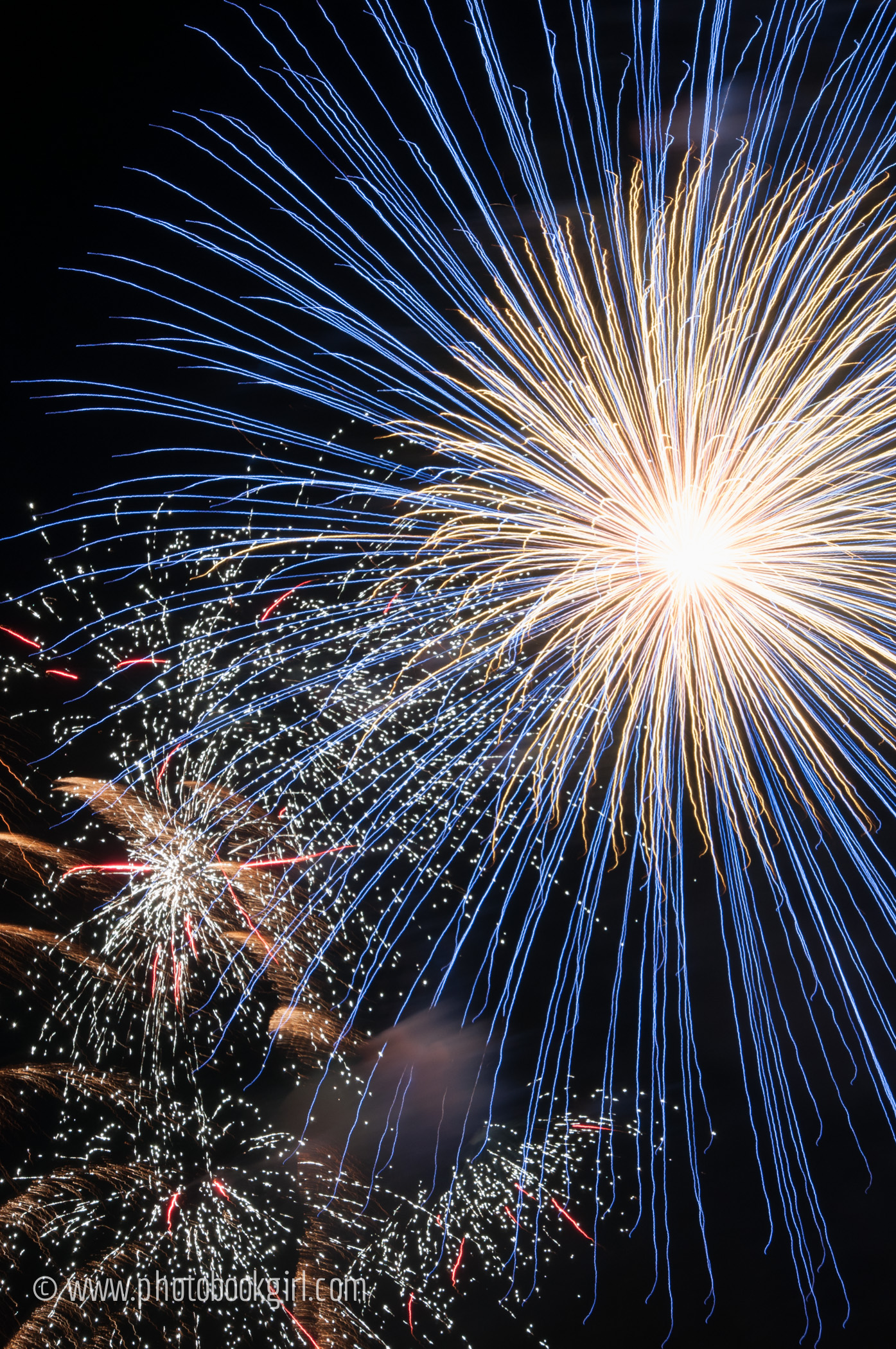 Not bad for a local suburban show huh? Next year I vow to be more prepared. I’ll probably try to find a spot a bit further back. I was a bit closer than I would want to be which made it hard to get a shot of the full view. Most of my shots are pretty close up and not of the full burst. Alternatively, I could try my wide angle lens. I also want to take some crowd shots – I’ve seen several examples of those and want to give that a try. Oh, and of course I’ll remember to check my batteries! Despite the missteps I’m pretty happy with the shots I got this year!

If you want to give fireworks photography a shot, be sure to check out my firework photography tutorials here!