I know I’ve written a few posts about Disney photo books and yes, this is another one. I swear I do not work for Disney, but having a little one who loves Mickey Mouse Clubhouse and Jake and the Neverland Pirates, makes me a little biased. I suppose it’s our fault as parents for turning on the Disney Junior channel for Photo Book Baby in the first place. We’ve probably created a Disney fan (a/k/a Disney “consumer”) for life.

We recently took a trip out to LA and of course Disneyland and Disney California Adventure were tops on the list. I hadn’t been to Disneyland since high school and my husband had never been there so we thought it would be fun to go with our good friends – locals who are lucky enough to have an annual pass. We spent a total of four days at the “Happiest Place on Earth” and of course I packed all my photography gear, ready to shoot my heart out.

You may recall the last post I wrote about personalized ABC books. The book I made, drew from my huge library of photos with no particular theme. Because I loved creating that book for him and it came out so well, it got me to thinking about making another ABC book, but with a theme. As our Disney trip was soon approaching, I knew that I would be making photo books of that trip, so I thought about making a Disney ABC book. It would be a good exercise for me to better my photography skills as well as give me a fun photo scavenger hunt while there.

I had hoped to draw up a quick plan of action (a list of what I planned to photograph to make sure I didn’t miss any letters) before the trip, but of course “the best laid plans of mice and men…”. In short – it didn’t happen. When we were finally there, I was too exhausted by the end of the day to even contemplate anything other than getting the little guy to bed and then the same for me. It wasn’t until day 4 of our 4-day visit did I finally take stock of the letters. I always work better under pressure anyway (haha)…

The plan was to get all of the photos from a single trip and not have to do any “fillers” or substitutes. I thought that I may have to relax that rule given that I got to writing up my list with only a few hours left in the park. I actually wrote it up on the back of a Disney brochure while my guys were riding Flik’s Flyers in a Bug’s Land!

It actually wasn’t as hard as I thought and in fact I found I had more than one possible photo for many of the letters. I thought I’d share it with you if you may be thinking about something similar. 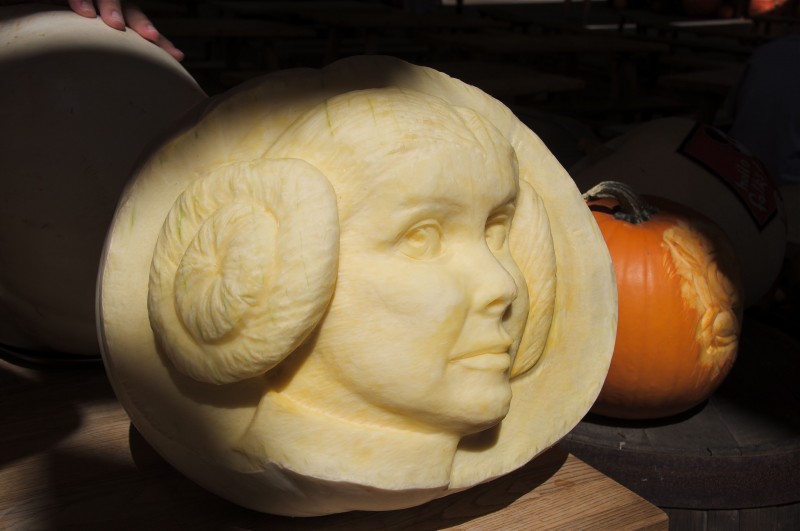 As you can imagine, the two that I had to really rack my brain on was X and Z. For “Z” I actually googled Disney characters A to Z and found a site that has a database of just that! From there I found the character Zazu (the bird from the Lion King). I was so lucky to find I had taken a photo of him during one of the parades at Disneyland! Not the best shot, since it wasn’t planned, but there he is at the bottom of the photo! 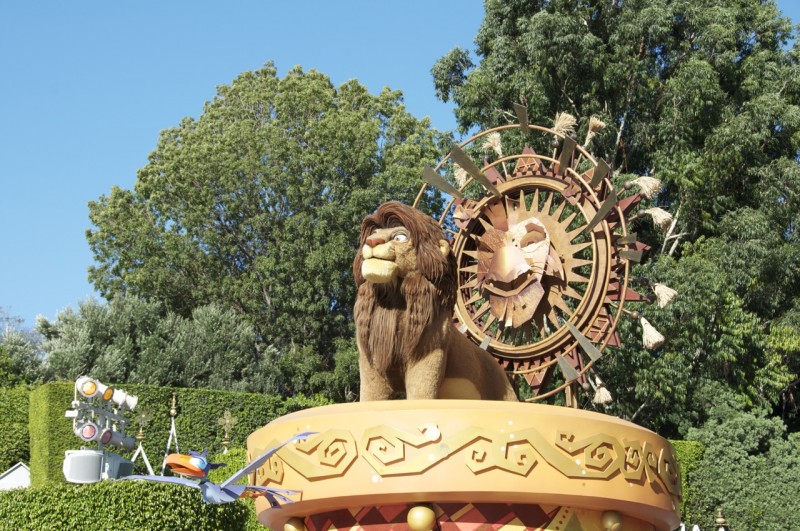 The image for the letter “X” was just blind luck on my part. I couldn’t think of where I’d find a xylophone! As it happens, this is Halloween season in Disneyland and they have the whole place decked out with pumpkins and fall colors galore. Many of the characters donned their Halloween costumes. Goofy dressed as a skeleton, which can usually only be seen by an “x-ray”. It’s not too far of a stretch is it? Works for me!

My second choice was to do “eXcited”, but I’d much prefer a word that starts with “X”. 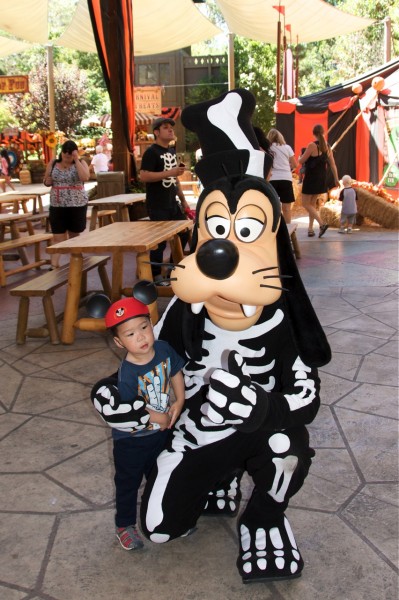 By the way, if you go to Disneyland during the Halloween season, you have to go to the Halloween Carnival at Big Thunder Ranch. It’s a little gem of a party, with no extra fee and practically no lines to take those character photos. You’ll get to meet all the main characters: Mickey, Minnie, Goofy, Pluto, and Donald in their Halloween get-ups. Chip and Dale were also there dressed as cute Keystone Cops. We would have missed it had one of the staff not mentioned it to me! 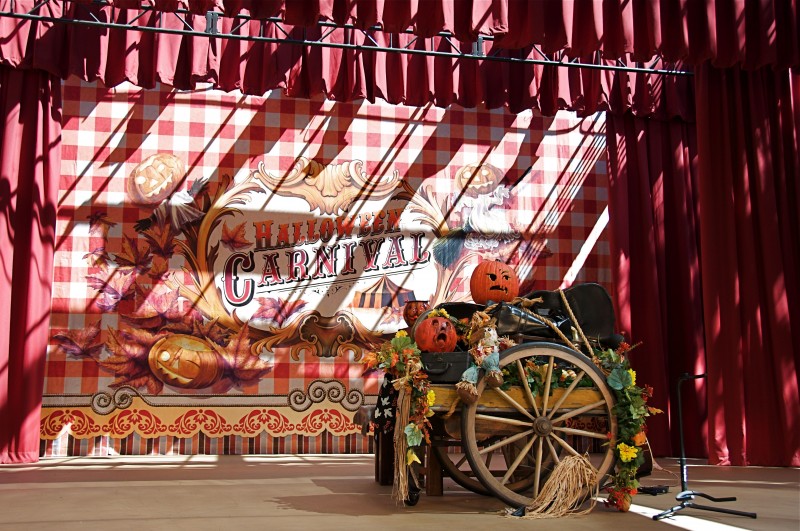 After going through my photos, I found even more that could work, so for some letters I’ll have more than enough to choose from and may use more than one photo per letter like I did in my last book. This list is just to help give you ideas – there’s lots more options such as other characters, the names of the other areas in the parks. If you’re in a bind and need “fillers” – think about colors and other miscellaneous objects in the parks.

In all I came back with about 1300 photos and some videos too. But that’s not including the 200+ photos taken by Disney’s PhotoPass photographers. Similar to the photo package we bought when we sailed on our Disney Alaskan cruise, I purchased the Disney PhotoPass for this trip. When you pre-purchase your photo package, you get a discount. You pay $69.95 instead of $99.95 for unlimited photos at Disneyland and California Adventure, and a disc of professional photos taken of the parks and characters that you can use for your photo books and other photo gifts. I’ll write a separate post on the Disney PhotoPass details later!

Here are some of my final spreads…

I’d love to hear about your Disney photo books! Please comment below…