I’ve been so swamped with family stuff lately, I haven’t had much time to post let alone breathe, but I did want to do a quick post on the latest goings on.  As you know we just finished our Blurb Instagram Giveaway which got a great response. Congrats to the four winners! If your entry wasn’t drawn don’t be discouraged, the exclusive 20% off for new Blurb users is still good through 7/22/12. Plus, we’ll be doing more giveaways very soon so stay tuned!

I’ve also been working hard on the behind the scenes of my site, including completely revamping my NEW Photo Book Coupons & Deals page.  The goal is to make it easier to scan and find the photo book promos you’re looking for.  To that end, I will likely be posting less “deals” oriented posts to the blog, but no worries, you won’t miss any of the deals I find, as they will already be posted to the actual Coupons & Deals page.  I just added a 40% off deal from AdoramaPix and a BOGO deal from Picaboo among other deals today!  I’d love to hear any feedback from folks about the new format.

With that said, I haven’t had any time to make any new books except the one I created during my Adobe Photoshop Elements review.  The book was a lullaby book for my little guy (who’s almost one!)  I took the lyrics to a song a like to sing to him at bedtime (“If I Had Words” by Saint-Saens and Jonathan Hodge) and combined that with my photos (mostly of landscapes) which remind me of the lyrics. 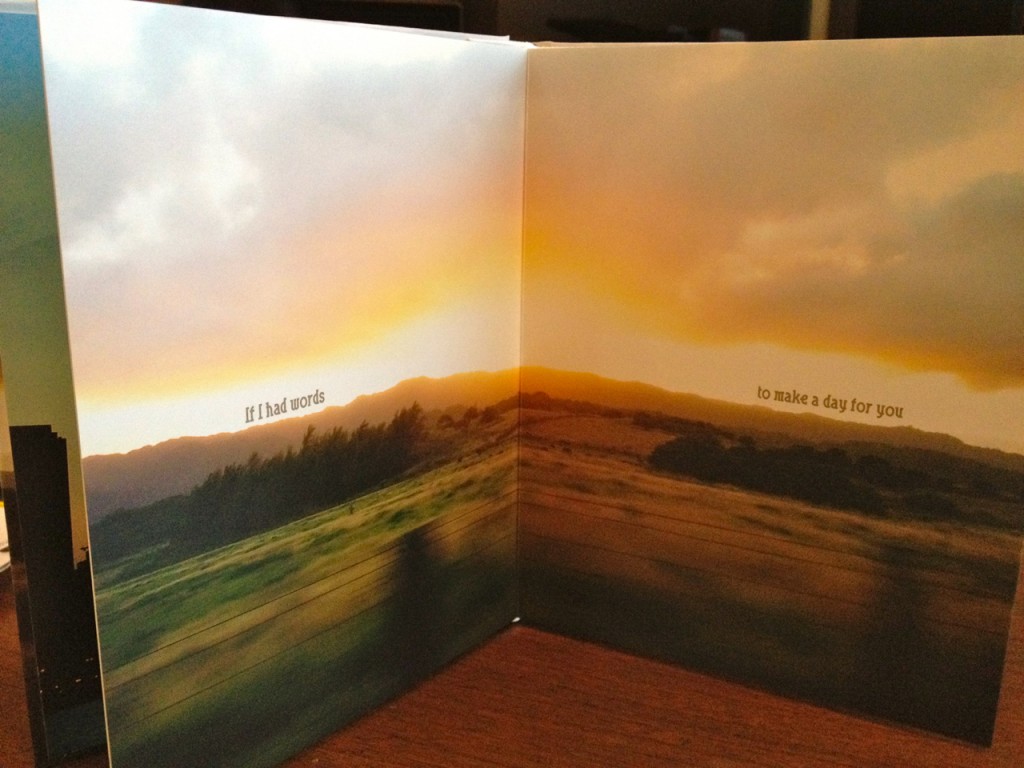 If the name of the song sounds a little familiar, it’s the song that Farmer Hoggett sings to Babe to make him feel better so he can muster up the will to compete in the sheepherding contest.  (Yes, I’m singing a song to my baby that was sung to a pig in a movie.  What can I say?  I love the song!) 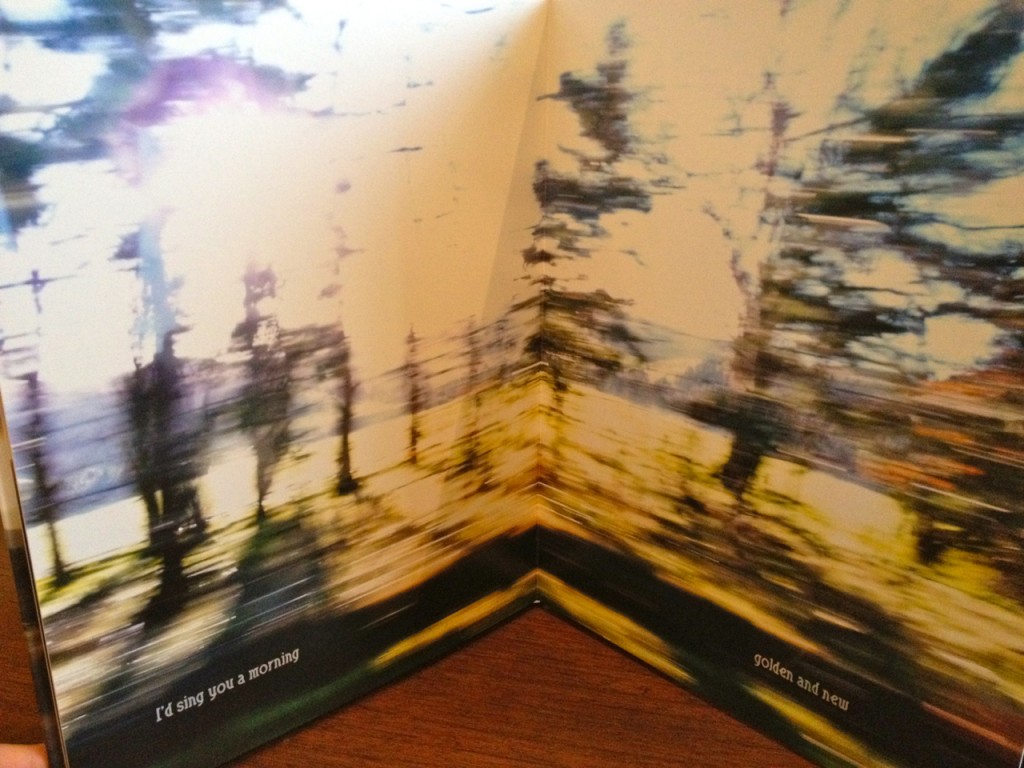 I created the book with Adobe Photoshop Elements, saved the layouts as jpegs and uploaded each finished spread to ArtsCow.  I won’t get into long detail about the book, since I’ve reviewed them before, but you can check out my ArtsCow reviews here. 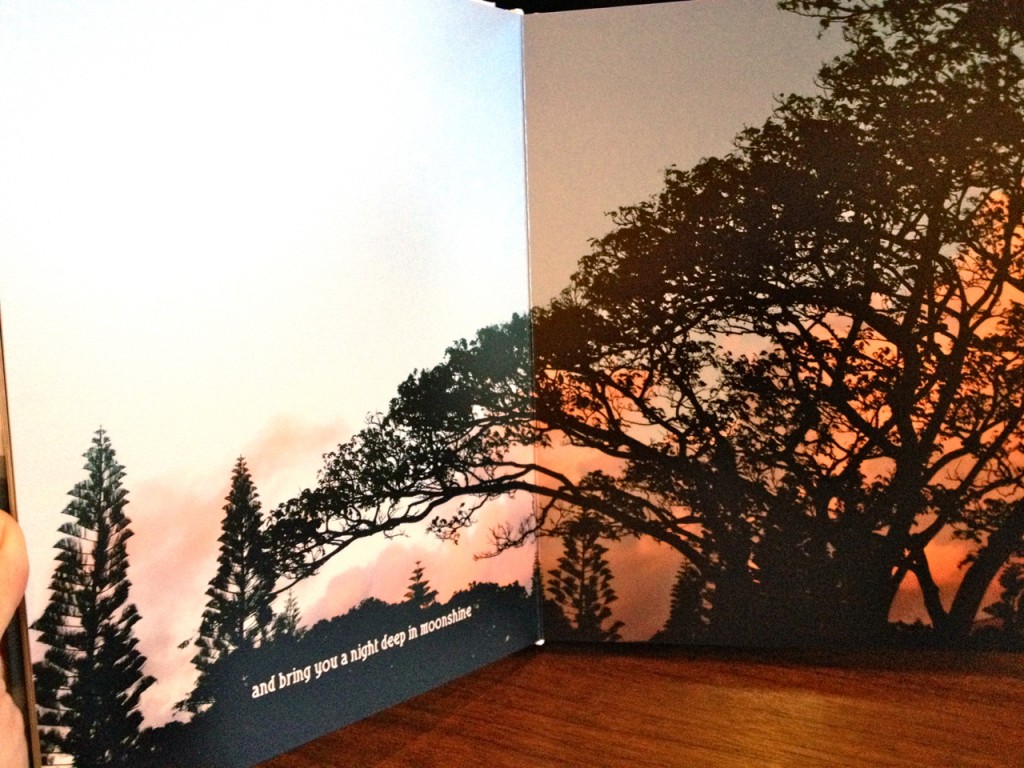 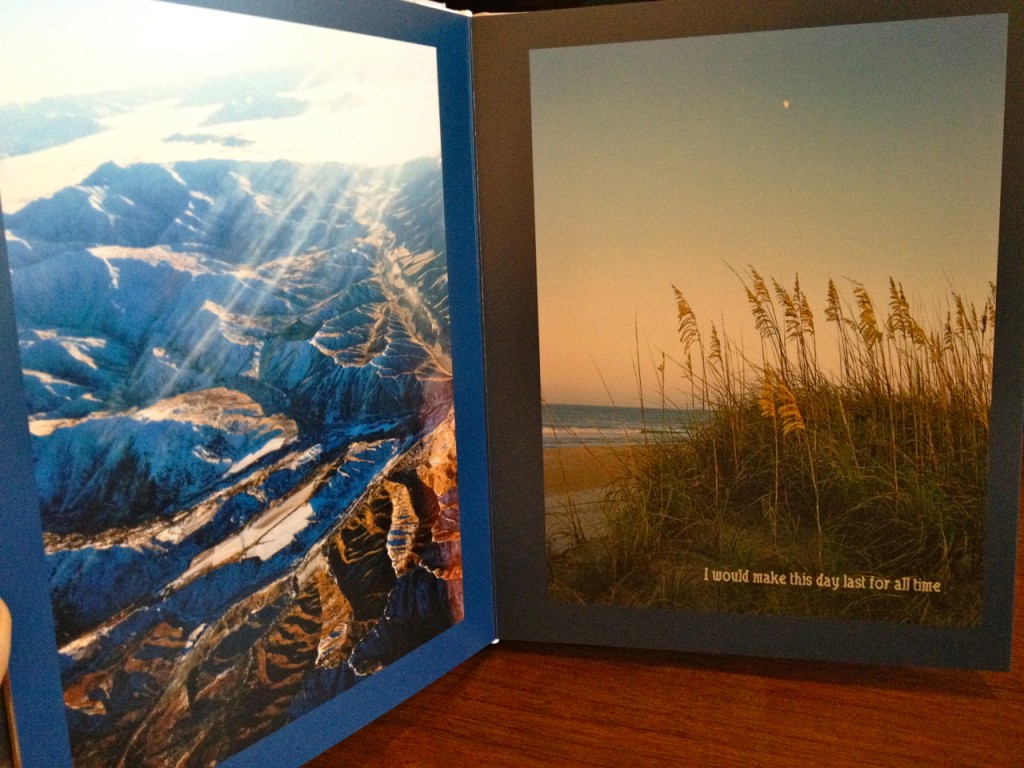 After making the book, I realize the book is probably more for me than for Photo Book Baby, but, I’ll save all these books for him and one day when he’s old enough to understand (and without rolling his eyes at how sappy his mother is), I hope he enjoys them as much as I do.

Til next time – Happy Photobooking!

Stay in the loop!