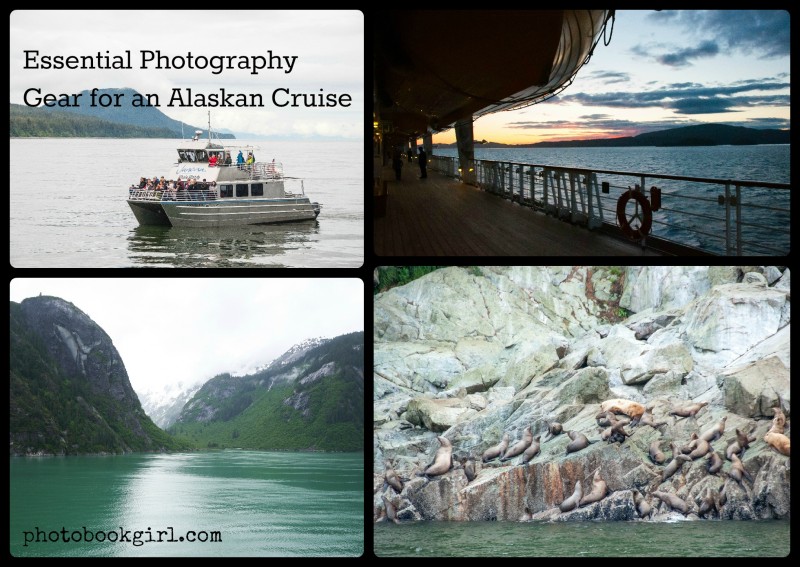 Last week my family and enjoyed a memorable Alaskan cruise on the Disney Wonder. We boarded the ship in Vancouver and traveled through an area known as the Inside Passage. The weeklong cruise took us through the Tracy Arm Fjord to view Sawyer Glacier and included stops in Skagway, Juneau and Ketchikan.

Below is a shot of the Sawyer Glacier in Tracy Arm. We didn’t get as close as I’d hoped. I overheard from one of the crew that the prior week they had gotten right up to the glacier, but this week an increase in ice chunks was preventing us from getting closer. This was taken at a pretty standard 26mm.

I’m not sure he was correct, but I wasn’t desirous of having a close encounter with any icebergs and I was eager to try out my new zoom lens.

This was taken at 75mm, so I didn’t even need to use the full range. Any closer and I would lose the surrounding peaks which provide much needed contrast and give context to the glacier. Unfortunately, it was cloudy and rainy for most of that day, so we didn’t get any nice blue skies, but it was still neat to see nonetheless.

We invited the grandparents to join us which made for a nice big family trip. My parents had never been on a cruise and no one else but me had been to Alaska before (about 12 years ago for me). The ratio of 1 baby to 6 adults was also very favorable, allowing me and the hubs to have a bit of time to ourselves. It also allowed me some time alone to go on my photo excursions around the ship to capture the ever-changing landscape as we sailed along.

A picturesque trip like this one is a photographer’s dream. I’m no pro, but I consider myself an avid hobbyist and through the years I’ve tried to learn and grow as a photographer ever since becoming more serious about photography in high school. With that in mind, I’m not going to fill this post with jargon, cause that’s just not who I am and I’m not an expert. I just know enough to be dangerous. 🙂

My main gear includes a Nikon D90 DSLR plus two lenses: a Nikon 50mm f/1.8 prime lens (it’s a fixed focal length lens which means it doesn’t zoom) and a Tokina 11-16mm f/2.8 wide angle lens. I usually have my prime lens on my camera at all times and it is a very sharp lens that works well in low light, however, I knew that this type of trip would require a zoom lens. I did some research and ended up purchasing a Nikon 18-200mm zoom lens (AF-S DX Nikkor 18-200mm f/3.5-5.6 ED VR II) just days before leaving. I had contemplated the 18-300mm which would have given me more zoom, but it would have added both length and weight and I wanted to be as mobile as possible given that our little guy would surely keep us on our toes. I only brought along the 50mm prime and the 18-200 zoom lens. Although I’m sure I could have gotten some awesome shots with the Tokina – again I had to keep it light. Because the range wasn’t too different from that of my zoom, there was no need to basically duplicate the lenses. Here’s my list of the photography gear I packed:

To show you how close the zoom lens could get, the first photo below was taken at 75mm focal length while the second was zoomed in at 200mm.

I was pretty amazed at how clear the zoomed in photo turned out. I could see their faces very clearly and in fact I recognize some of them from our ship. All the gear served me well, except I didn’t really use the camera bag. I only ended up using it to transport my camera on the flight there and back. I didn’t change lenses so I just threw my cameras in my regular day bag. I know some may think that’s risky, but I figured the diapers would provide enough cushion!

I brought my Lumix camera primarily as a back up. I would hate to lose my DSLR or have it break without a replacement in the wings so I typically bring two cameras on every trip and did so even before I had my DSLR. I also planned to use the Lumix for shooting HD video as well as for photos that may require flash. I don’t like using the flash on my DSLR as I find it too harsh and I haven’t mastered using it yet.

The one thing I should have brought that I didn’t? Given all the video I shot, the 8GB SD card filled up by mid week. I ended up buying a 16GB SD on the ship and we all know those prices are inflated. I paid $30 for it when I could have bought one for half that, but oh well, memories are priceless right? You might also wonder why a tripod didn’t make the list. I could have brought one, but I also knew that I wouldn’t have the time or patience to set it up so I left that at home. I suppose another thing I should have carried was a lens cloth to wipe off the raindrops off the lens.

The verdict on the 18-200mm zoom? It was perfect for this trip. I don’t feel I missed anything by not getting the 300mm. I was able to get in pretty close to capture some wildlife shots like these sea lions.

The lens also worked well for family photos and various indoor shots as well including those taken with my camera’s built in flash. The only issue was when I was using flash and the zoom lens to take photos of things within a foot – the lens cast a shadow on the lower part of my photos, but just stepping back a bit took care of that.

One thing that’s nice about going on a Disney cruise in particular versus an Alaskan cruise in general are the ample opportunities to take photos with your favorite Disney characters. On this cruise they were appropriately attired in outdoorsy outfits. Adorable. (If you want to read more Disney cruise and photo book tips check out my Disney series.)

Here’s one last parting shot of the Alaskan coast as the sun was going down. (We had some days with 17 hours of daylight – sunset was close to 10pm!)

Well there you have it! Have you cruised Alaska before? Any tips to share? Tell me all about it!